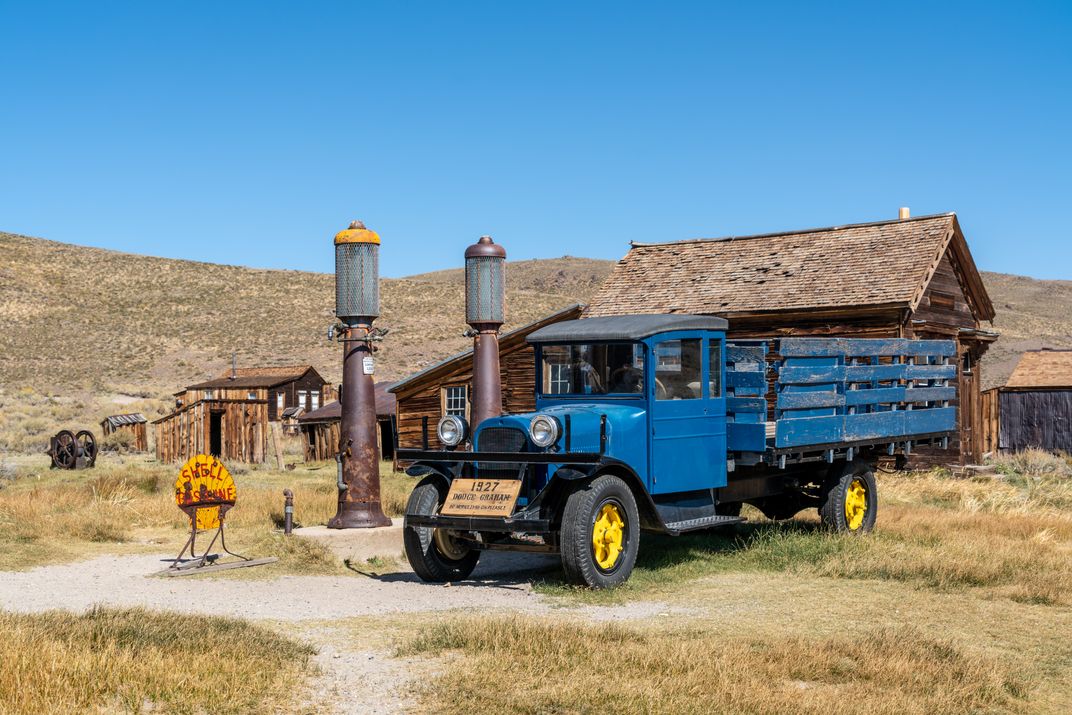 A 1927 Dodge Graham blue truck parked at the Shell filling station seems to be just waiting to be filled up with gas in the historic gold rush town of Bodie, California. An excerpt from the Bodie website: "Bodie State Historic Park is a genuine California gold-mining ghost town. Visitors can walk down the deserted streets of a town that once had a population of nearly 10,000 people. The town is named for Waterman S. Body (William Bodey), who had discovered small amounts of gold in hills north of Mono Lake. In 1875, a mine cave-in revealed pay dirt, which led to purchase of the mine by the Standard Company in 1877. "