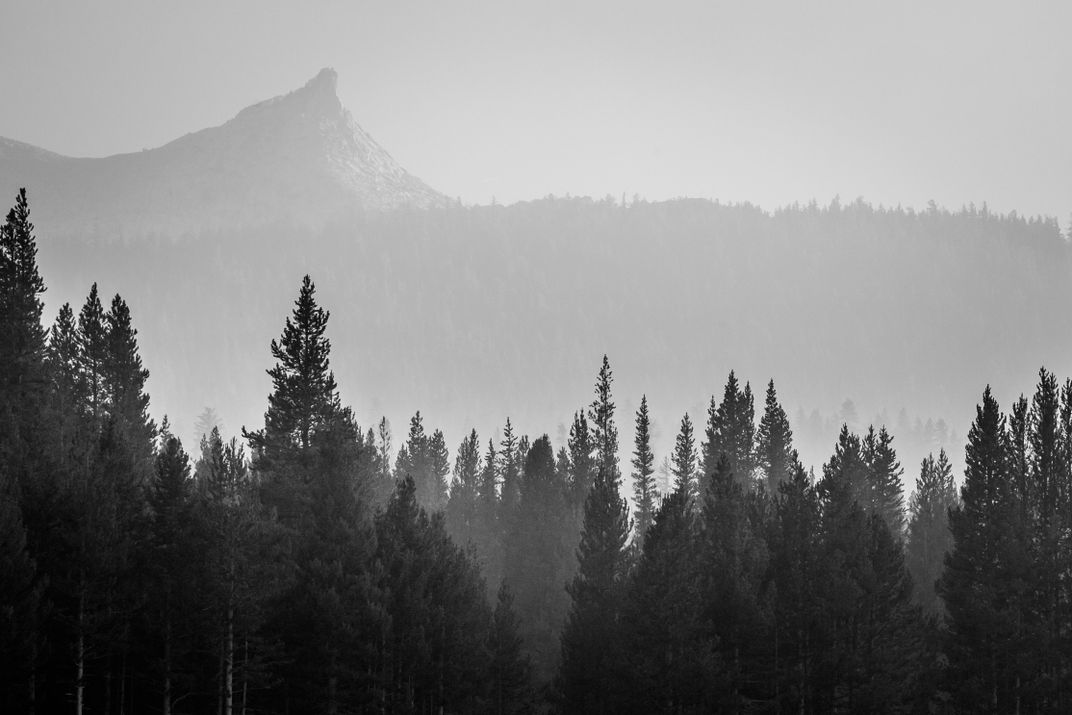 In August 2013 an unknown hiker in a remote canyon of California’s Stanislaus National Forrest decided to light a small campfire. He decided to light this fire even though California was in the midst on a record-breaking drought—even though the very earth itself was gasping at the sky, thirsty. That campfire grew to become the third-largest wildfire in the State’s history, known nationally as the Rim Fire, and created a state of emergency in California, burning some 257, 314 acres. This image, taken in Tuolumne Meadows of Yosemite National Park just days after the wildfire began, features Unicorn Peak, shrouded in the forthcoming smoke and haze.