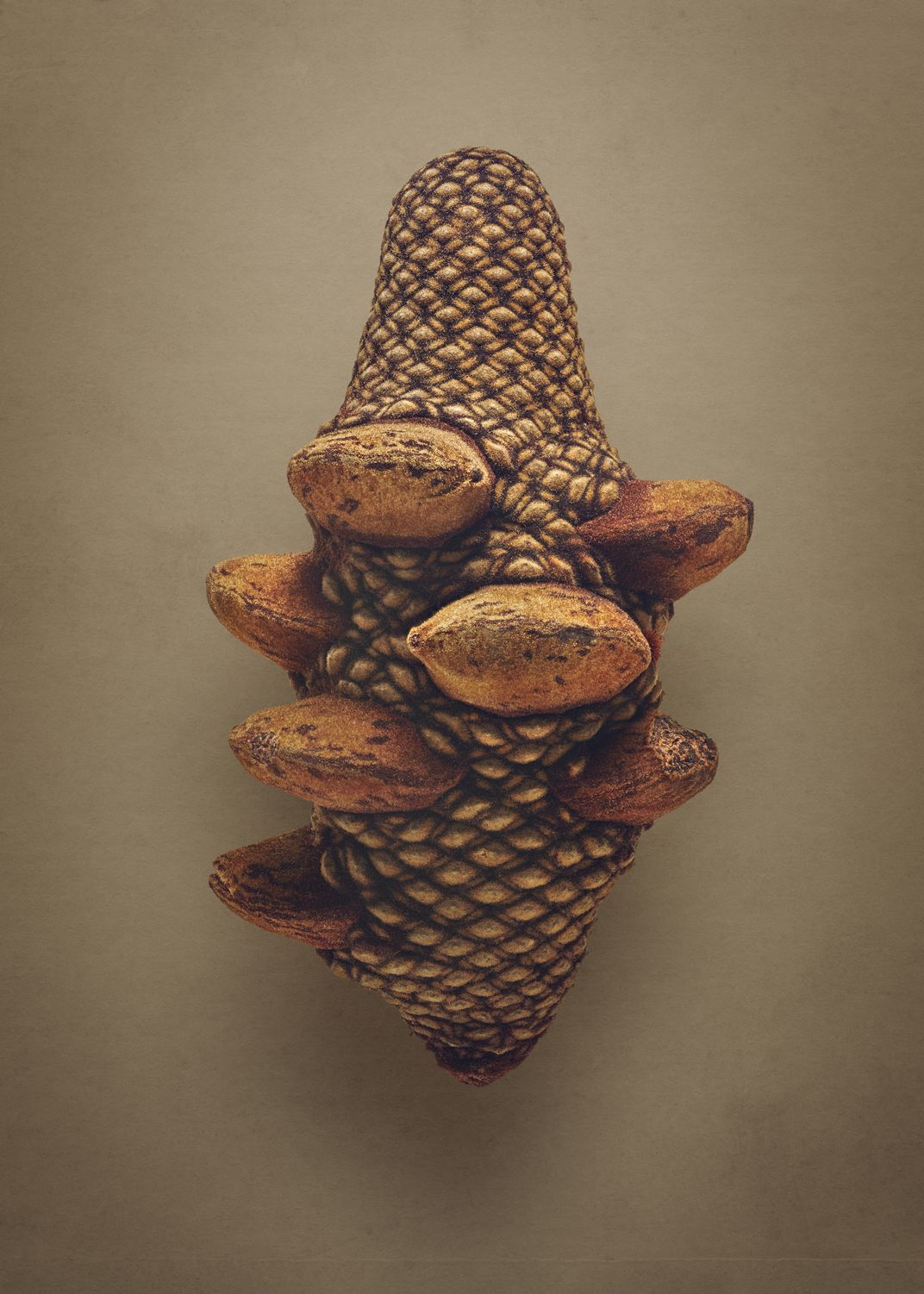 This tree is one of the many Banksia species that have adapted to survive the bushfires that occur naturally in their habitat and are necessary for their regeneration. The structures resembling beaks embedded in its cone-like fruit head are termed follicles. Each follicle has developed from a single pollinated flower and contains one or two winged seeds. These are released only when the fruit head is burned, causing the follicles to open. The amount of pigment in the seeds determines the colour of the flowers in the plants they produce. The flowers of Banksia menziesii have more colour variants than any other members of the genus; they can be pink, yellow, white, brown or green.