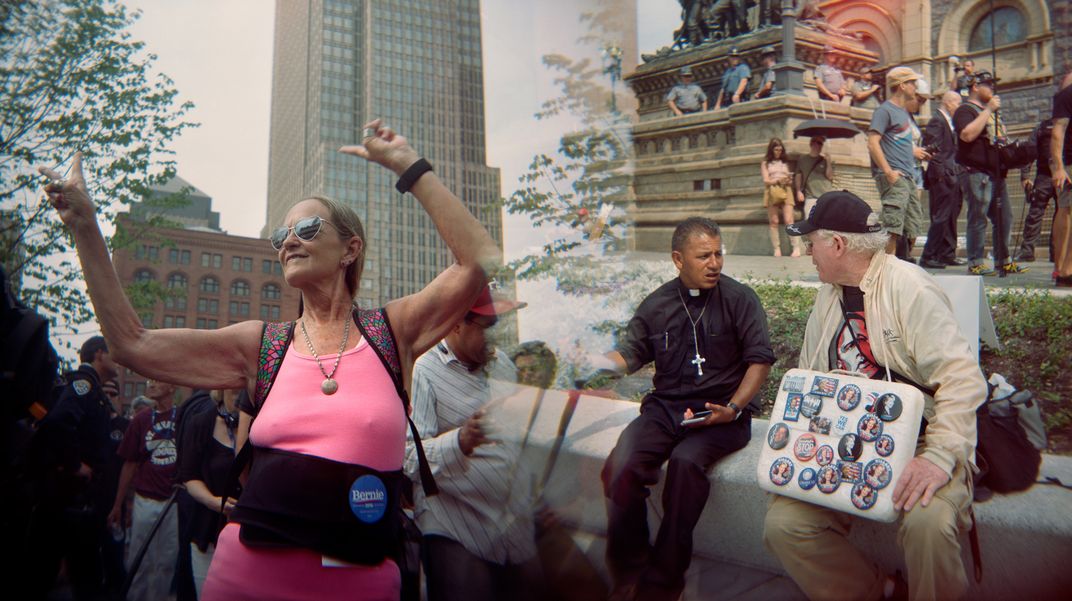 Reminiscent of someone that took part in the Flower Power movement, a pro-Bernie supporter dances in the public square at the Republican National Convention. On the right, a priest and a Hillary supporter chat on a ledge next to a loud fanatical religious protest (not pictured). This is an image from my ongoing series, Drunk on Trump, an outsider's view on the Trump phenomenon in the U.S. I shot them in my usual style of multi-frame exposures on film, with no manipulation in post, adding to the sentiment that this is a confusing dream we’re all just trying to make sense of.