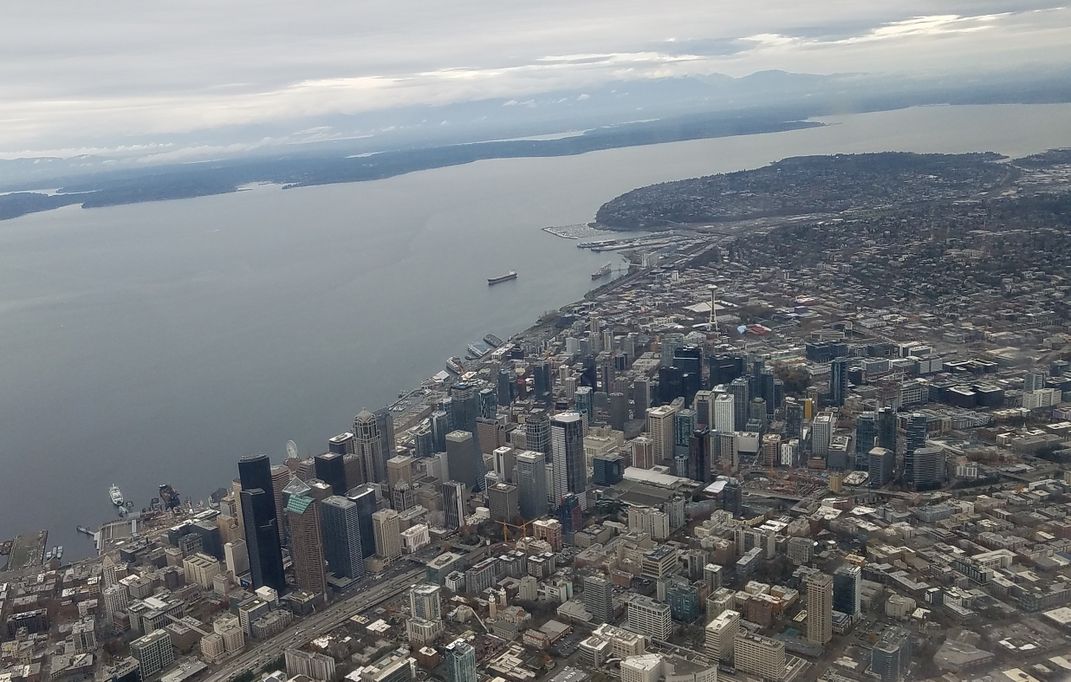 I was a on a plane and had the window seat, which I normally avoid (I prefer the aisle). As the plane descended into my destination, Seattle, I could clearly see all of the massive downtown structures clumped together, which made for a strange juxtaposition to the vast expanses of open water, forested islands, and clouds that the shorelined buildings abutted. With the iconic Space Needle just right of center in the image, I thought it was too magnificent of a scene not to take a photo of. This shot captures the essence of the Northwest, with areas of dense population surrounded by vast open, untouched wilderness.