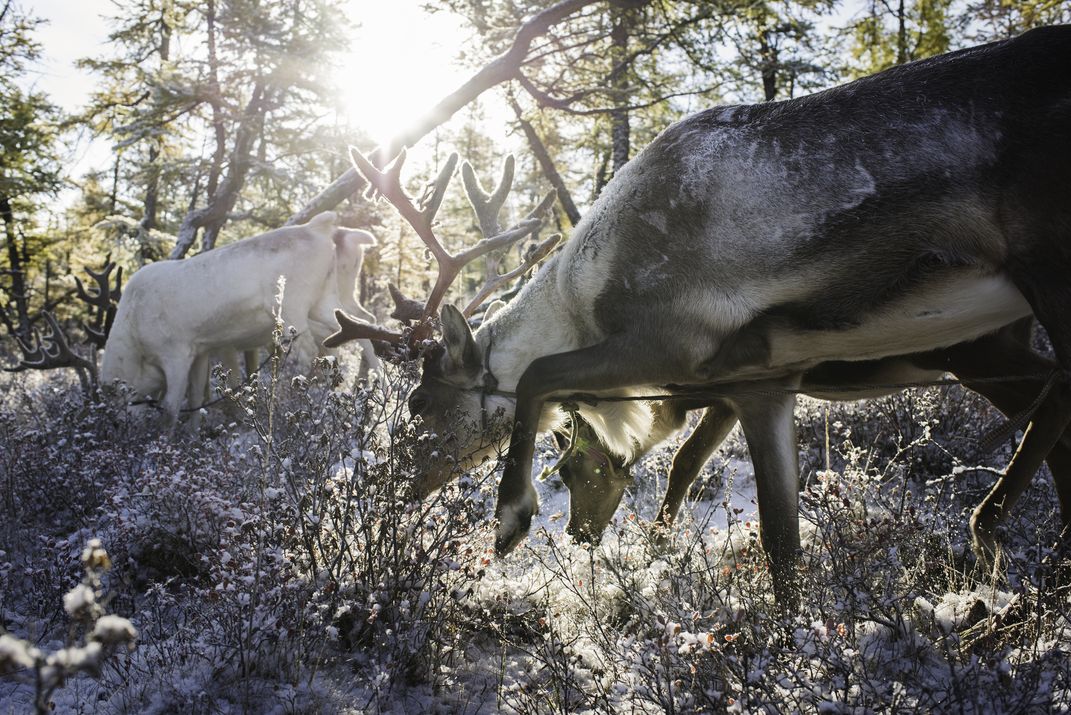 Shortly after sunrise the Tsaatan people’s domesticated reindeer forage for moss and other vegetation on a snow-covered forest near the Tsaatan community campsite. Their owner either ties them in a pair or ties their legs to limit their ability to run far from the campsite. The Tsaatan ethnic minority are one of the last remaining groups of nomadic reindeer herders in Mongolia. They have been maintaining their traditions for thousands of years and seasonally migrate within the forests of the Taiga according to weather and food conditions for their reindeer, which they depend on for milk and transportation. They face challenges to their traditional way of life, with recently introduced laws aimed at conservation limiting their ability to hunt wild animals for food, and climate change affecting their habitat and possibly exposing reindeer to disease. Previously self-supporting, they now are partly dependent on government handouts and tourism to enable them to buy meat and other supplies. Reindeer’s milk makes up an important part of the Tsaatan diet and reindeer’s antlers are used to make handcrafts.