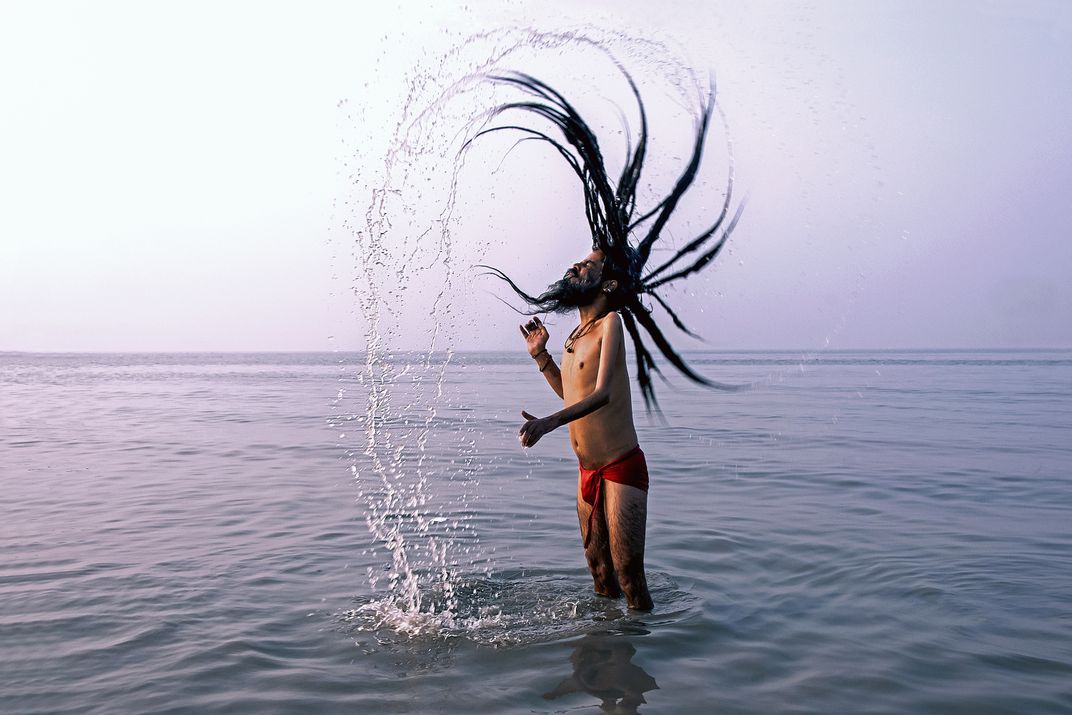 FOUNTAIN OF SHIVA According to Hindu mythology, from the Heaven River Ganga fell on Shiva's head, Shiva calmly trapped her in his hair and let her out in small streams on the Earth. On 13th January 2015 on the occasion of Makar Sankranti I went to Gangasagar (Sagar Island), West Bengal in India, where the River Ganga meets the Ocean from the Himalayas. I found a Devotee of Lord Shiva taking holy deep in the Ganga and the Oceans meeting point. I have taken the Photograph and I recollect in my mind the story of Ganga.