Home The American Experience Four and a half star picture 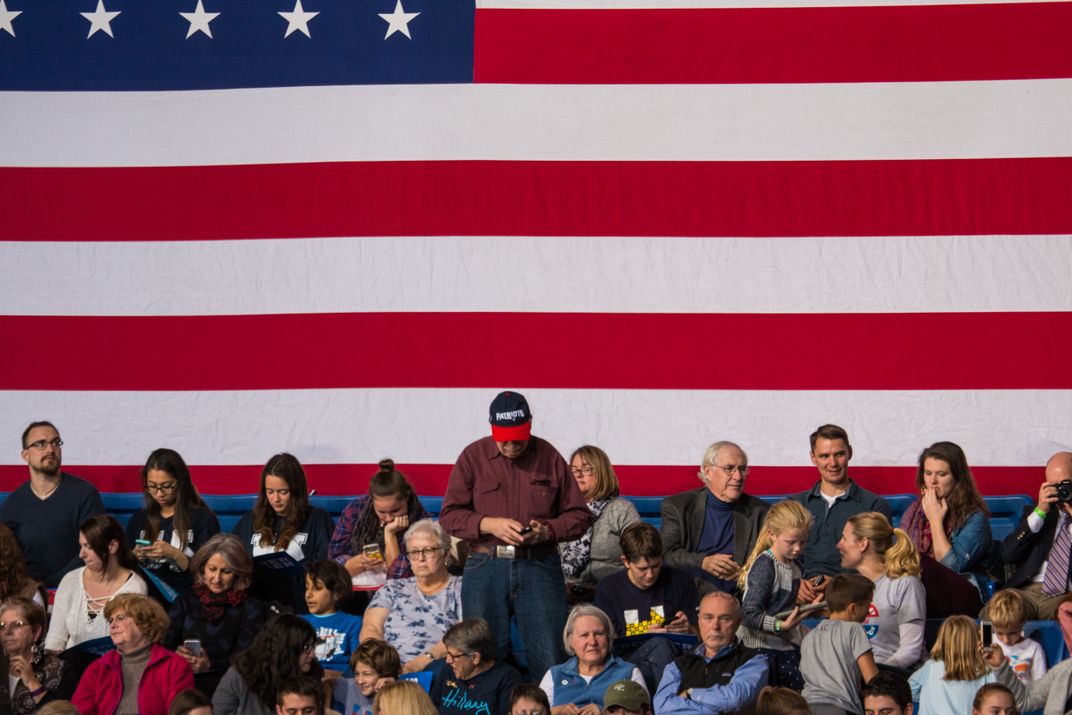 On November 7th, I traveled to Durham New Hampshire to cover President Obama's speech at one of the last Clinton rallies of this election season. While waiting for him to make the speech, I got a chance to focus on the individuals in the crowd. I captured this frame of an old man, struggling to take a picture with his phone. His red and blue hat is complimented by the huge flag behind him and his posture and stance contrasts the ones of those around him.