Home People FOUR GUYS ON THE SHORE OF A LAKE 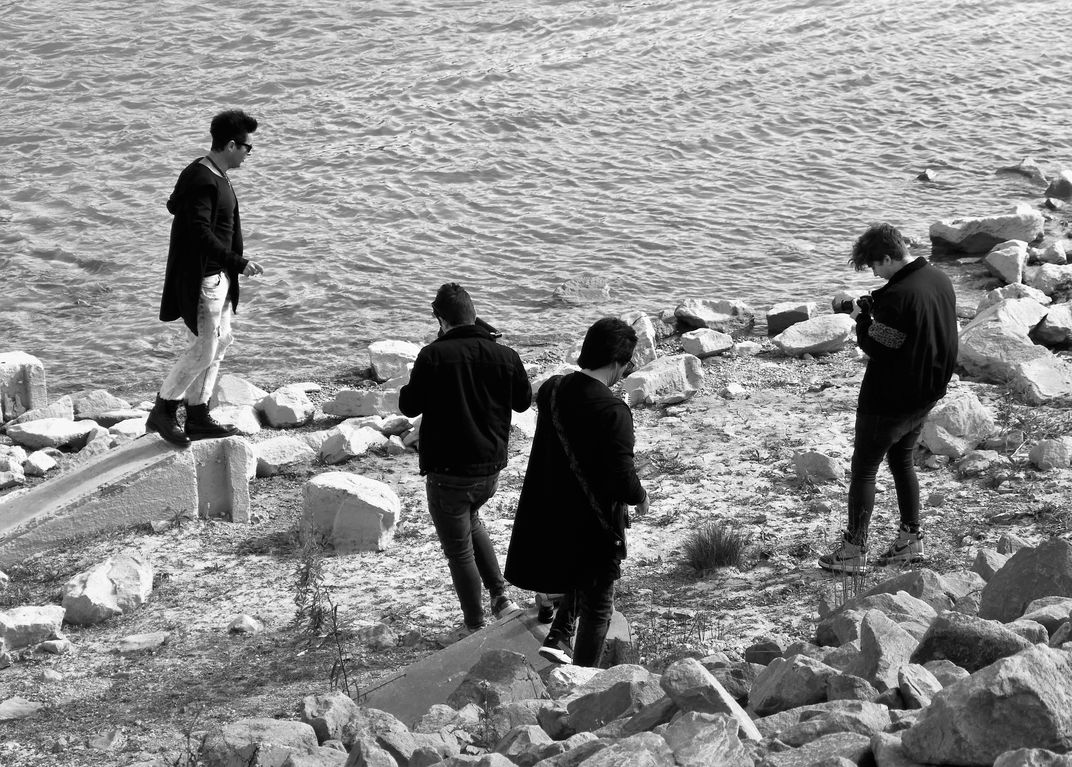 On a day trip to the town of Szentendre, Hungary (22km from Budapest), I happened on a photoshoot - or at least two guys with professional cameras and a director(?) filming a fourth guy. To this day, I am unclear as to what exactly they were documenting. The problem was that they all looked the same and were dressed practically the same. It did not look like a fashion shoot; perhaps the guy being filmed was a popular figure. In any case, for me, their photoshoot was my photoshoot.