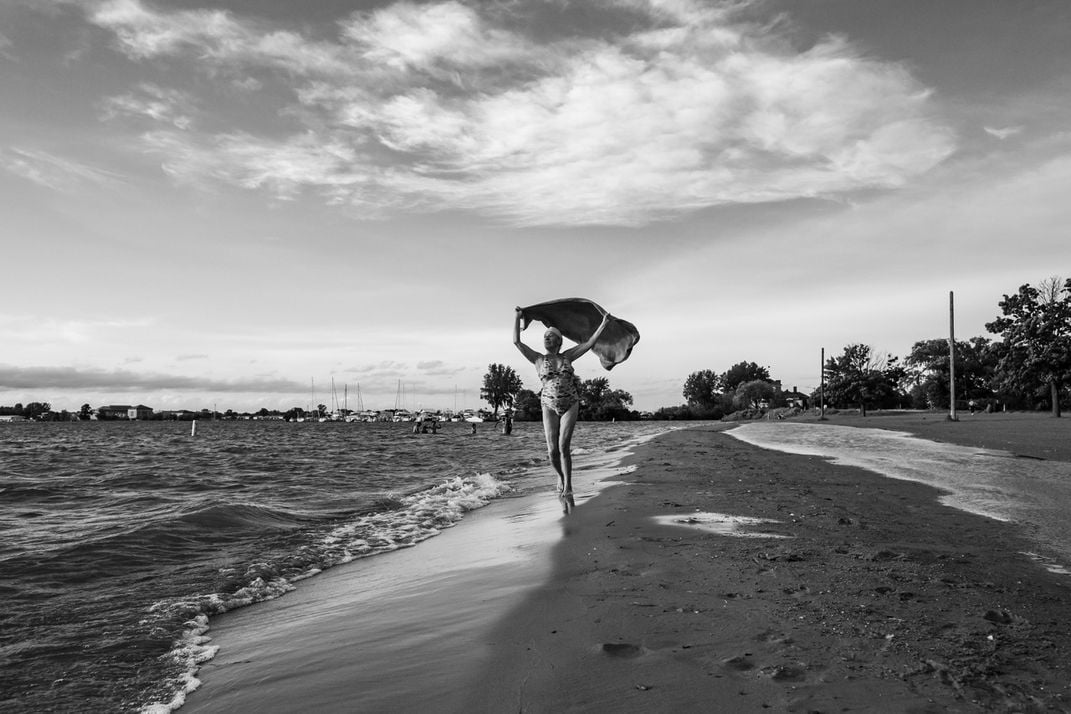 Leni Sinclair is a renowned Detroit photographer and activist who photographed musicians since the 1960s. I encountered her walking on the beach in a park in Detroit. It was the first photo I took as part of an ongoing series I'm working on called "My Fellow Americans." She saw me crouched on the ground with my camera aimed at her. She raised the towel over her head and walked toward me with incredible grace and beauty. I began talking to her and said I was doing a project about what it means to be an American. I asked her opinion and she told me she moved from Germany where she was born in 1940. "There is much more freedom here than where I came from," she said when I took this photo on July 19, 2020. An immigrant, now 80, who moved here and created a successful career spanning decades. She is American freedom to me.