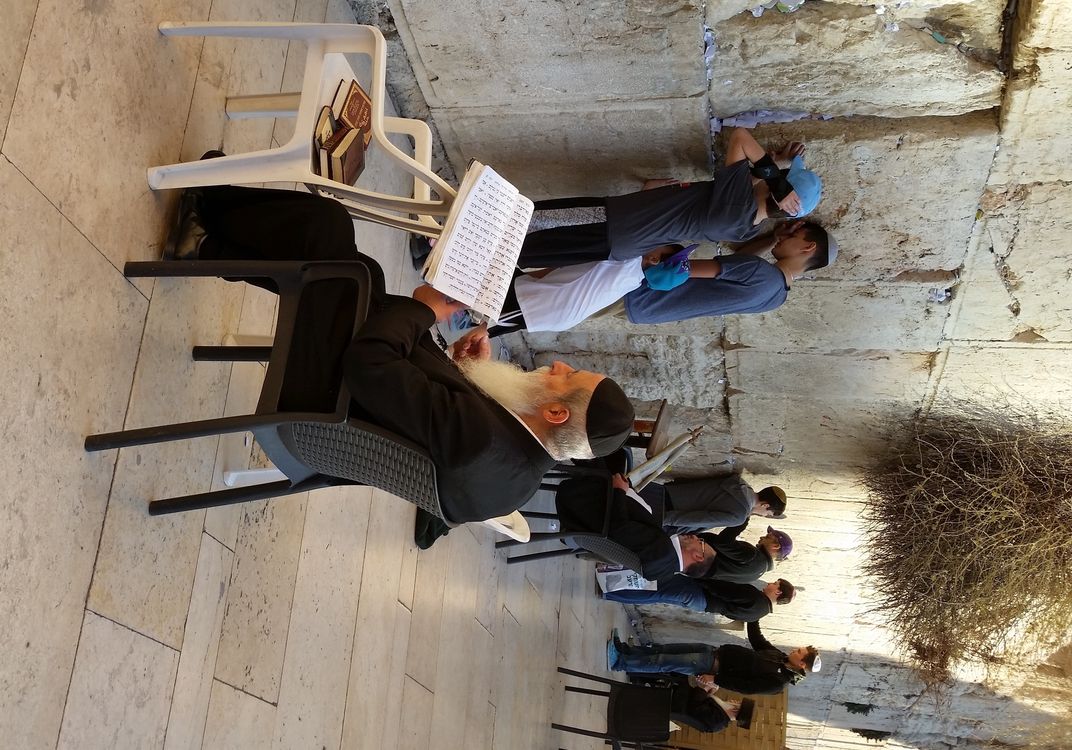 This photograph was taken at the Western Wall in the Old City of Jerusalem. One of the most important aspects of Judaism is the concept of L’dor va’dor, which translates as “from generation to generation,” and signals the importance of passing on religious teachings and observance. This picture shows two older religious Jews in traditional Orthodox attire—one in the foreground and one in the background—reading from prayer books. A man of middle age, wearing more modern Orthodox clothing, also reads from a prayer book but in scroll format. Between the three seated men stand seven younger Jews in modern casual dress, each with his head covered, either by traditional yarmulkes or baseball caps, and also at prayer.