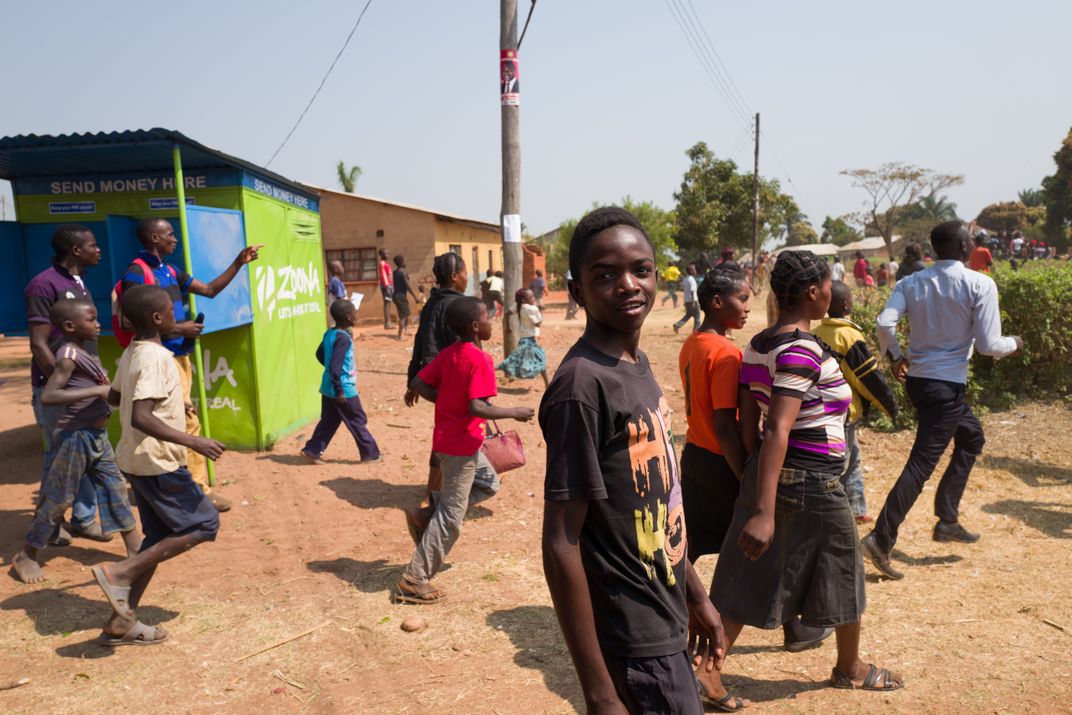 Mutomboko is one of the biggest and most significant ceremonies in eastern and southern Africa, although beyond the region it´s nearly unknown. It is held by the Luba-Lunda people from Kazembe state in Mwansabombwe/Kazembe, northeastern Zambia. People are coming from all over the country and even from neighboring DR Congo. Mutomboko is the war dance of the Luba-Lunda, danced by the king Chief Mwata Kazembe at the end of two days of rituals and paying homage to the ancestors, dancing and chanting. On the first day women from 16 villages bring self-brewed beer to the royal compound while the royal band is playing. Afterwards a massive convoy with Chief Mwata Kazembe goes north to the battleground of Ketele, where he is paying homage to the ancestors. Literally all vehicles are used as part of the convoy, but there are also many people who have never experienced this part of the ceremony, because they had no car or couldn´t find a free seat anywhere.