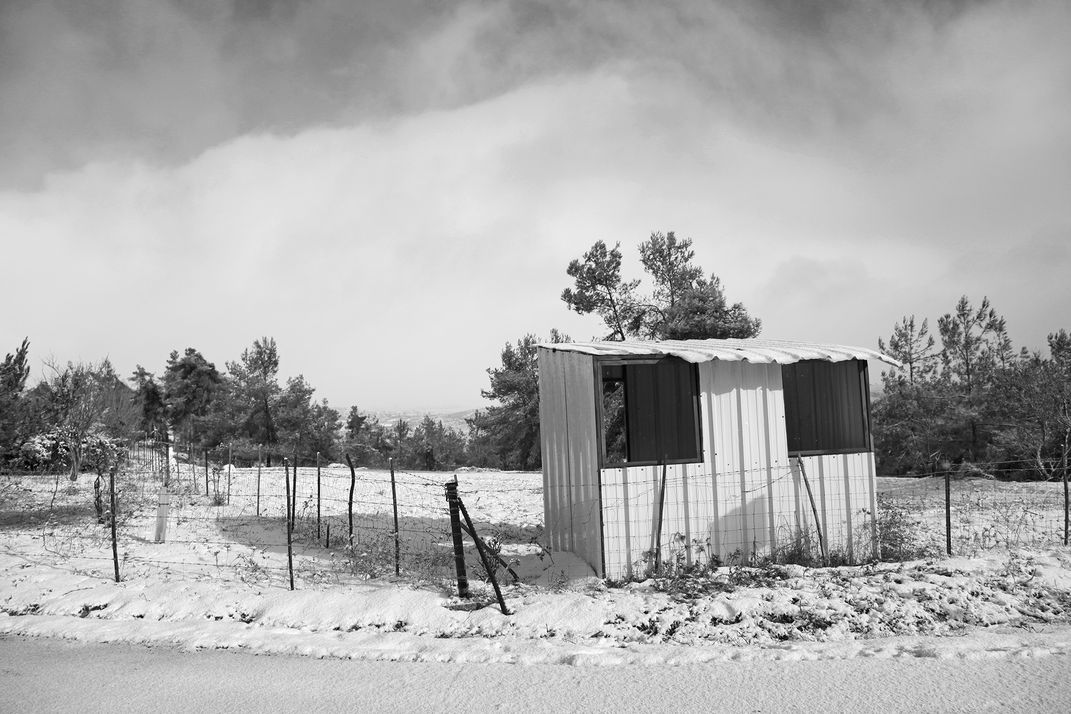 In January 2015, a heavy storm the likes of which had not been witnessed in Israel for decades, broke out. Temperatures in the North of Israel dropped to -10 and heavy snow started at hights above 400 meters. Israel, used to hot climate, had changed in a matter of minutes, and constant engagement with defense issues was replaced by the quiet snow. I set out to document the high peaks of the north of Israel, and the green nature that had turned white – a are phenomenon in our region. I took the photographs in the breaks in the storm – by using Cannon Mark II