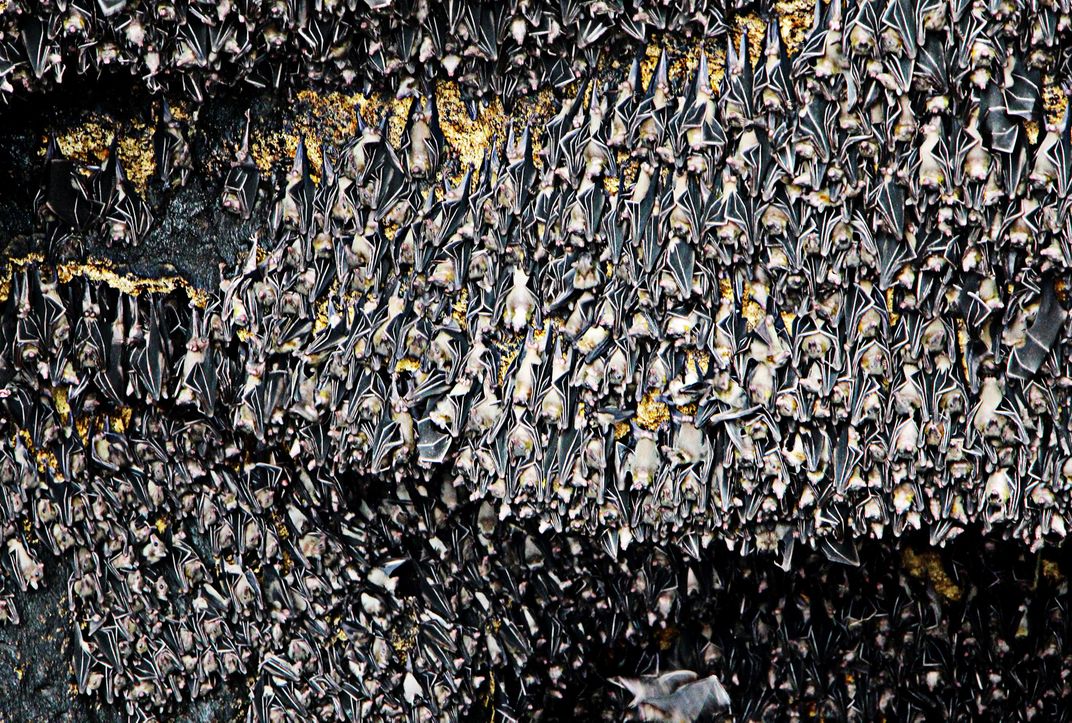 The “Geoffrey’s Rousette Fruit Bat” with scientific name (Rousettteus amplexicaudatus) while taking a rest inside the Monfort Bat Colony, located in the Monfort Cave at Samal Island in Province of Davao Del Norte, Mindanao. The Monfort Bat’s hold’s Guinness Record in 2006 as the largest population of this bat species as approximately 1.8 million by Bat Conservation International and according to the Monfort Cave Bat management the population of their bats now is estimated that grew up more than 2.5 million this year.