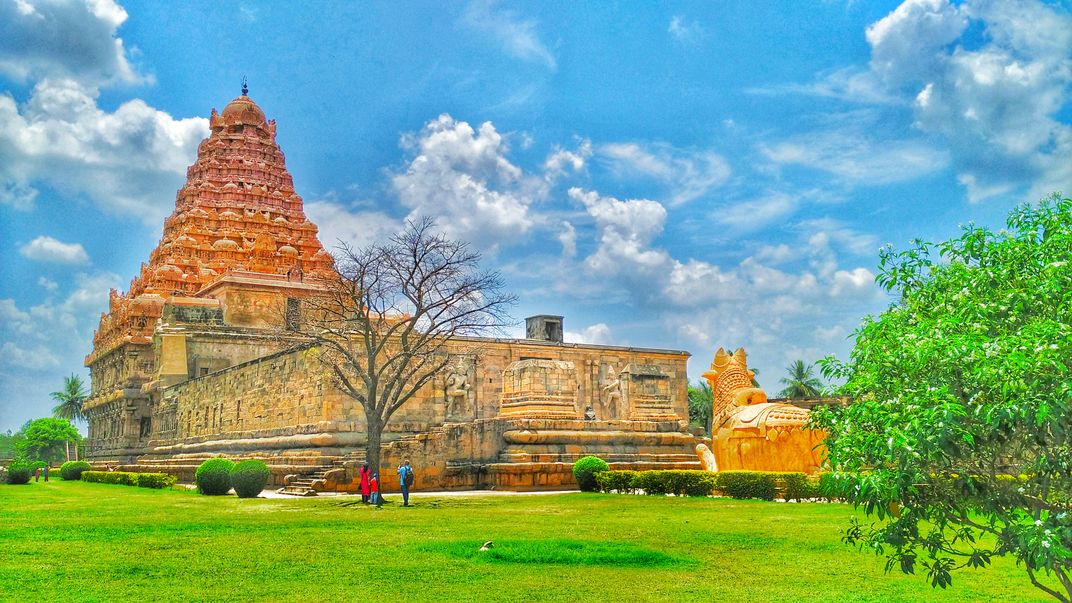 Gangaikonda Cholapuram was built during medieval India and was erected as the capital of the Cholas by Rajendra Chola I, the son and successor of Rajaraja Chola, the great Chola who conquered a large area in South India, Sri Lanka, Bangladesh, Sumatra, Kadaram (Kedah in Malaysia), Cambodia and others at the beginning of the 11th century A.D. It occupies an important place in the history of India. As the capital of the Cholas from about 1025 A.D. for about 250 years, the city controlled the affairs of entire southern India, from the Tungabhadra in the north to Ceylon in the south and other south east Asian countries. As of 2014, the ancient city exists as a small forlorn village in the Ariyalur district of Tamil Nadu, India. The great temple of Siva at this place is next only to the Brihadisvara temple at Thanjavur in its monumental nature and surpasses it in sculptural quality.The Gangaikondaan temple is an architectural and engineering marvel.