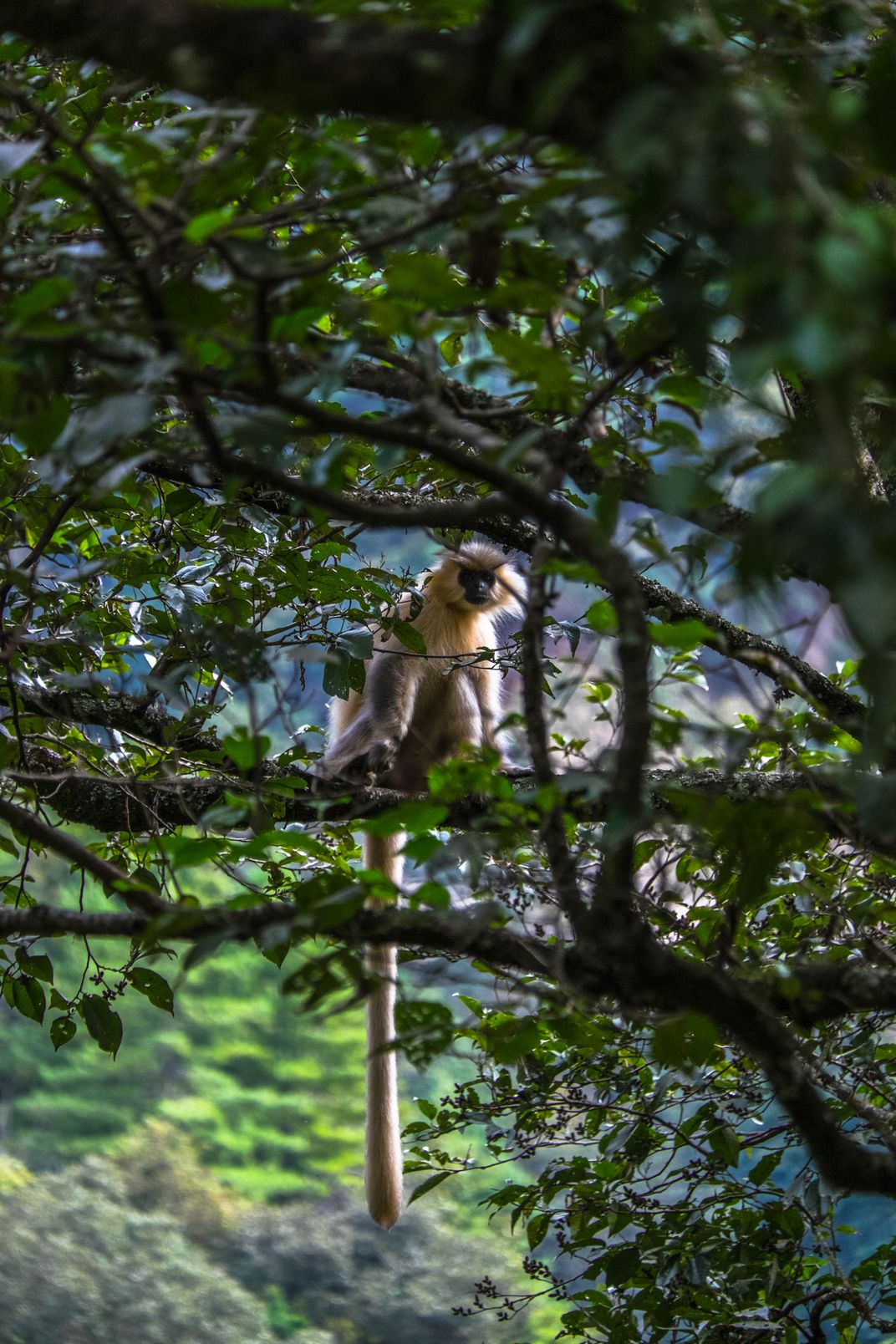 Golden Langur is sacred to the Himalayan people. I was lucky to have spotted and photographed a group of them during my travel near the remote foothill of Black Mountain in Bhutan which is also their habitat. They were moving in large group in the early morning. There were at least twenty individuals including a few females with offsprings clinging to them. The females were very cautious. It was like a commotion, with sounds of breaking brunches as they swing as hard as they can to get across to the other side of the forest separated by the narrow mountain road. When they saw our car, half of the group paused and decided to take cover among the trees. They were sensing whether there is any form of danger. Golden Langur occurs only in Bhutan and Assam in the northeast of India. They are listed as endangered. The population is declining due to habitat loss caused by human activities.