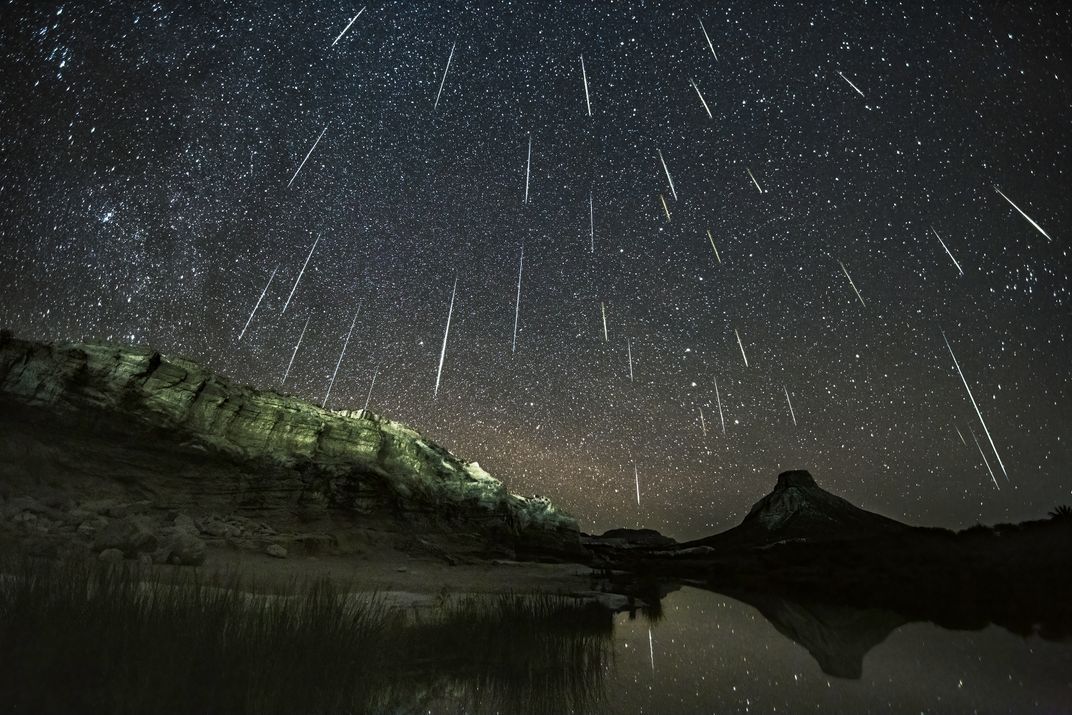 Near the La Purísima community, in the state of Baja California Sur, Mexico, is one of the most impressive places in the region. In addition to the existence of bodies of water in a desert region, there are also deposits of fossils of marine fauna, from the Oligocene; These types of deposits are not abundant in the world, since a large part of them was eroded by the changes in sea level that occurred in the Cenozoic. In the frame, you can see on the left side La Cueva Amarilla, which is a formation of marine fossils, surrounded by a body of water. To the right and in the background, is one of the emblematic hills of the place: El Pilón. In addition to the above, there are no large cities in the area that can generate excessive light pollution. That is why being there, all night, observing and photographing the Geminid shower of stars, is simply magical.