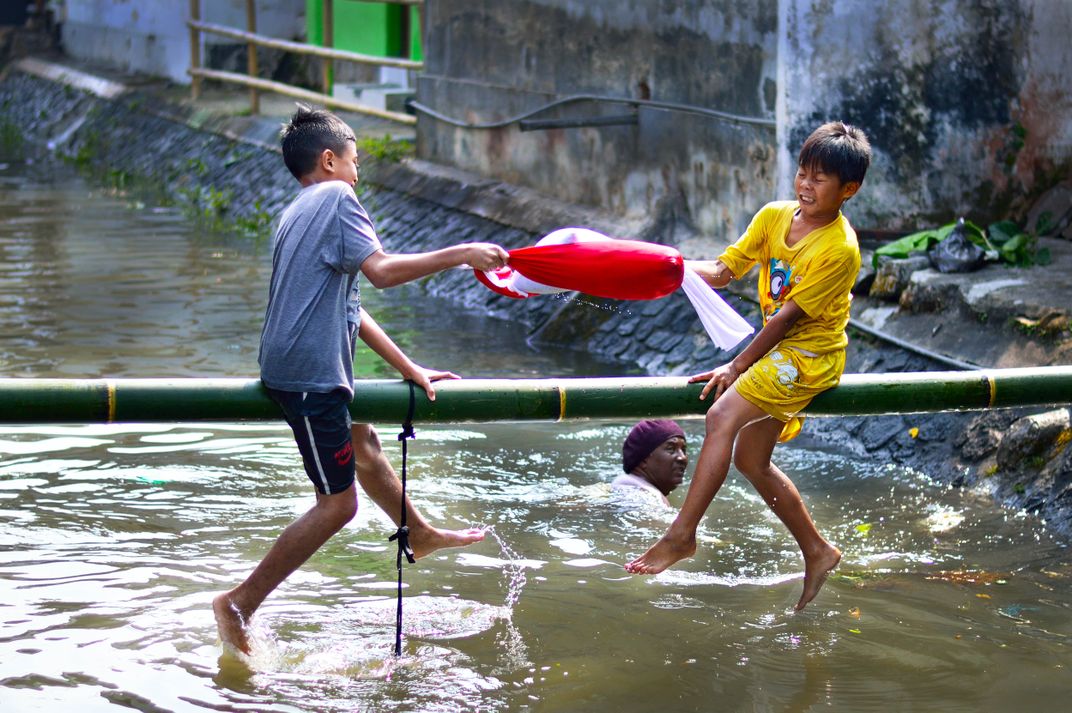 Gepuk guling, a traditional game played by two person on big bamboo spine, stretched above the river. Using bolster to hit each other, player aims the fall of the opponent. The winner remains, and the looser will fall into the river. This traditional game is an unforgettable part of commemoration Indonesia’s independence day. Its fighting spirit depicts the struggle against colonialism and instills new hope in children to pass on the determination for a great nation.