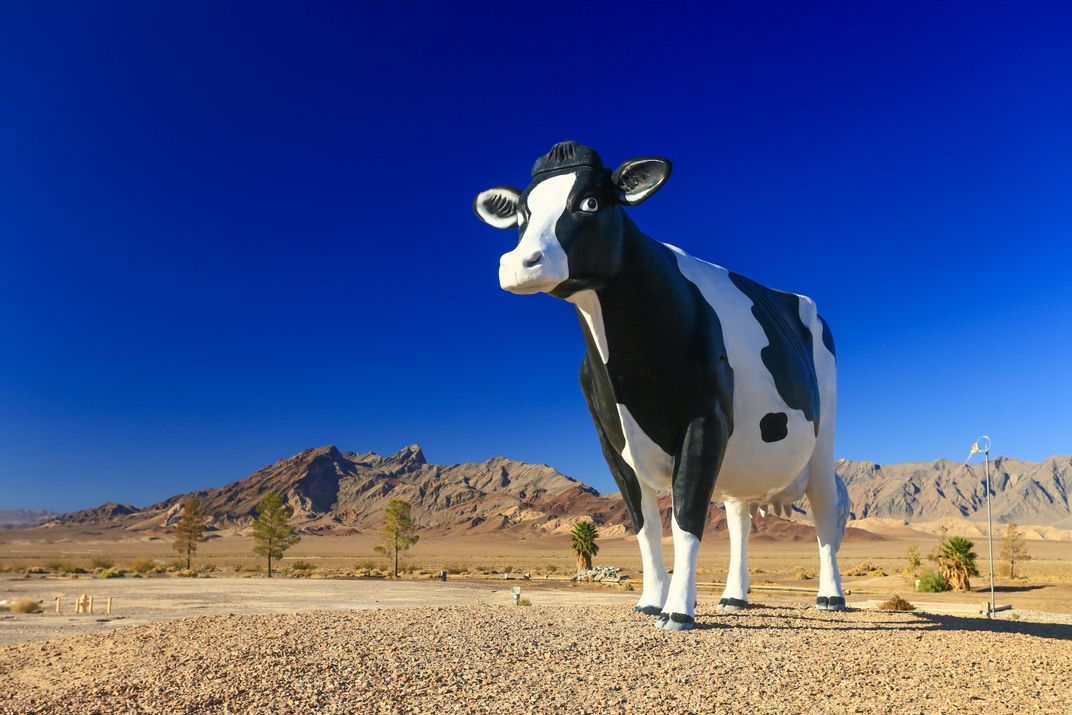 This cow, known as Alphie, once decorated the roof of the former Holy Cow Casino and Brewery in Las Vegas from 1993-2002. After the casino shut down the owner of the Longstreet Inn bought Alphie and transported her here to his hotel near the California border. Coincidentally he later purchased a pet cow named Herman to rescue him from slaughter and kept him near the hotel's RV park. He grew to around 6 feet tall and was believed to unofficially be the world's largest cow until he died in 2013. Alphie now serves as an homage to both Herman and Las Vegas history.