Home Natural World Giant tortoise does his own version of "E.T. - phone home!" 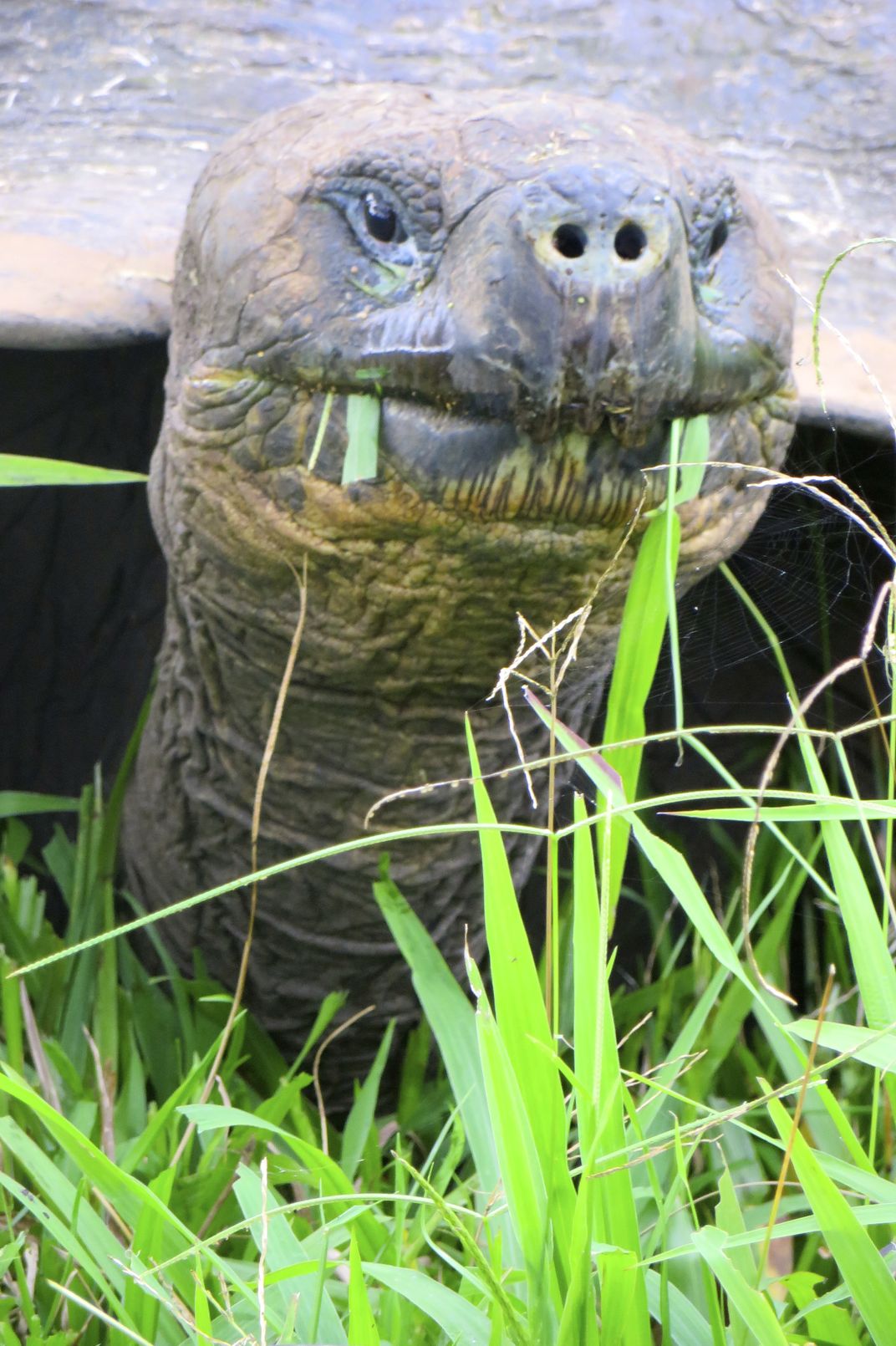 When our walking group arrived on Santa Cruz Island in the Galapagos, one of the first places we visited was a giant tortoise preserve. Originally there were 250,000 giant tortoises in the Galapagos, but human and animal predators greatly reduced their numbers over time. There are several breeding programs in the Galapagos, and after the tortoises become adults, many are released and protected on giant preserves like this one. This handsome fellow was just minding his own business and having a snack but he reminded me of E.T. in this pose.