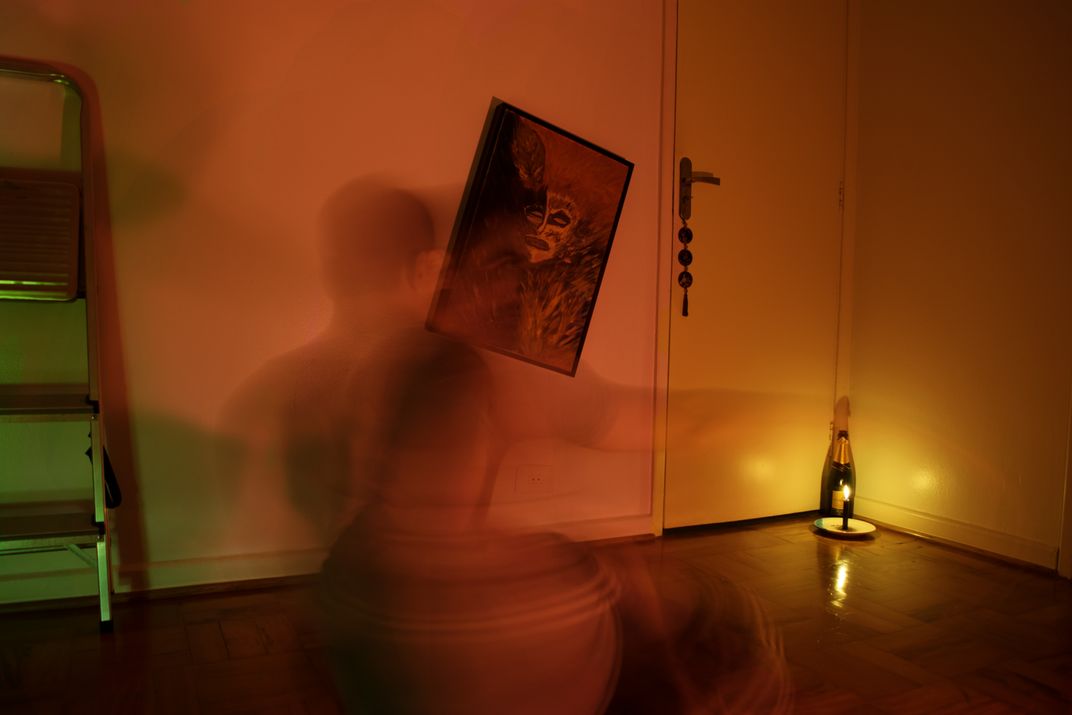 The photo pays tribute to a Pomba-Gira, a spiritual guide, worshipped in an African-Brazilian religion called Umbanda and an important figure of the Brazilian popular culture. The deity is a female force and is believed to live in between the worlds of humans and Gods, working as a messenger to the Orixas, in addition to assisting with emotional matters. The cult of the Orixas originated in tribal Africa and was later brought to Brazil and other Latin American countries being incorporated in our religion and culture. Furthermore, in order to praise her and communicate with the Orixas, an offering, mostly consisted of an alcoholic beverage as well as a typical cooked dish and candles, is placed mainly on crossroads, cemeteries and unpaved roads. The picture was taken with a very slow shutter speed in order to achieve a blurring effect to give the illusion of a Pomba-Gira coming to receive her offering, the beverage on the corner