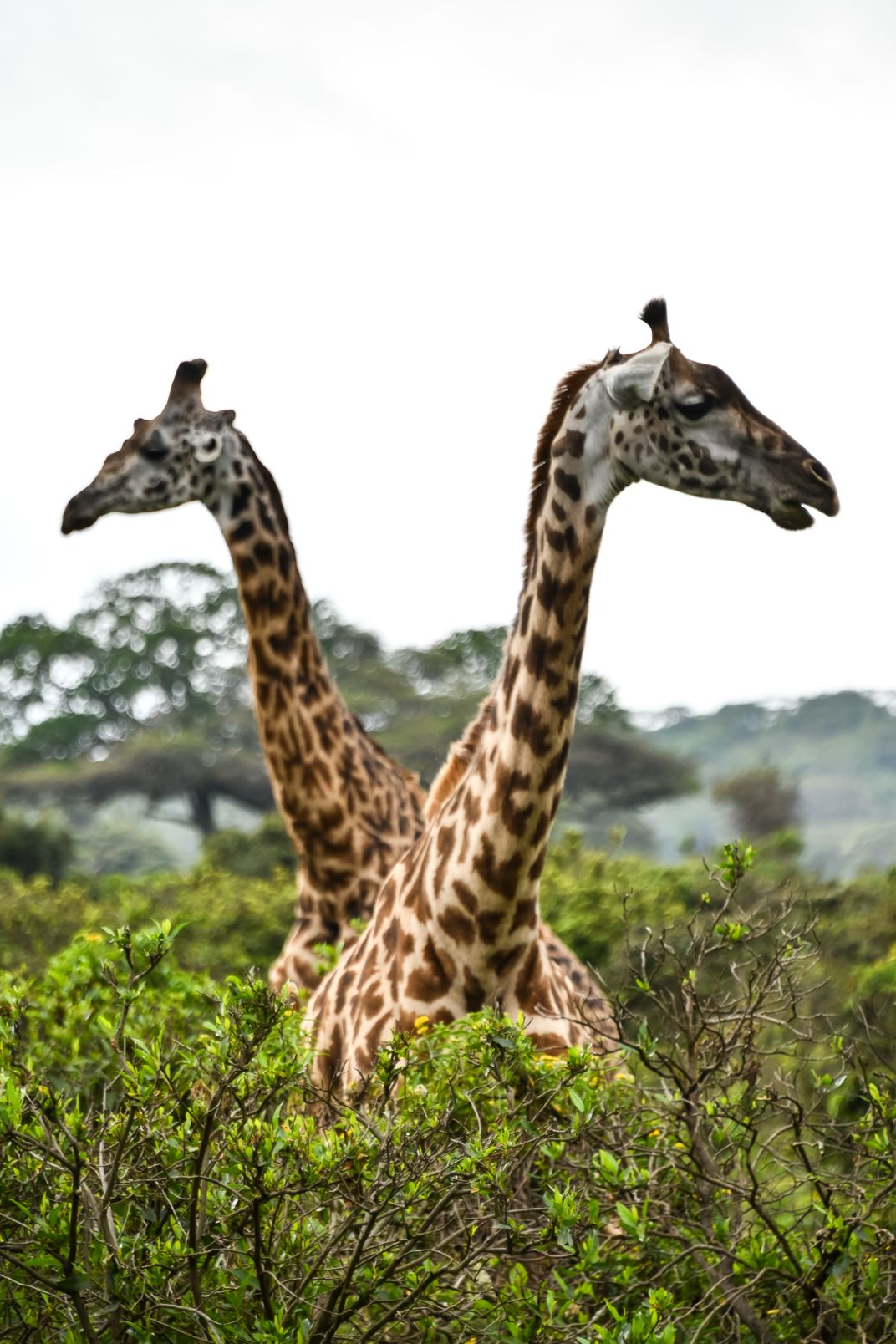 While at Arusha National Park in Tanzania, we came across these two giraffes, a female in front and a male behind. You can tell as while both males and females have horns, the top of a female’s horn is completely covered in hair while the top of a male’s horn is not. After their numbers fell 40% in 30 years ("silent extinction"), giraffe conservation took a big step forward this year as they received enhanced protection under the Convention on International Trade in Endangered Species (CITES).