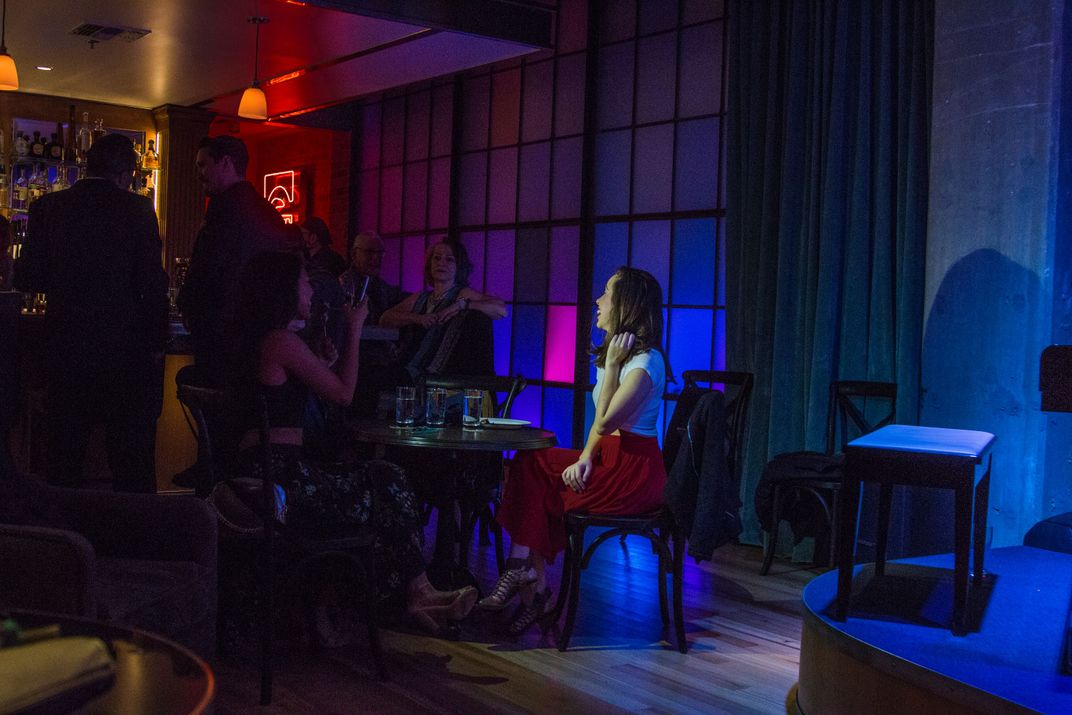 Taken at a jazz club during a band break. At the table were these two young women and another woman that was probably the mother of one. I noticed the antics of the two who were quite animated while seated or when dancing with one another. A woman seated at the bar was watching them while her husband next to her ignored all of it. Collectively, this is what drew my interest. I took numerous shots but this became the 'keeper' because of the illumination on her from the other girl's smartphone (taking a picture). This image represents the essence of what I do - capture 'people being themselves'.