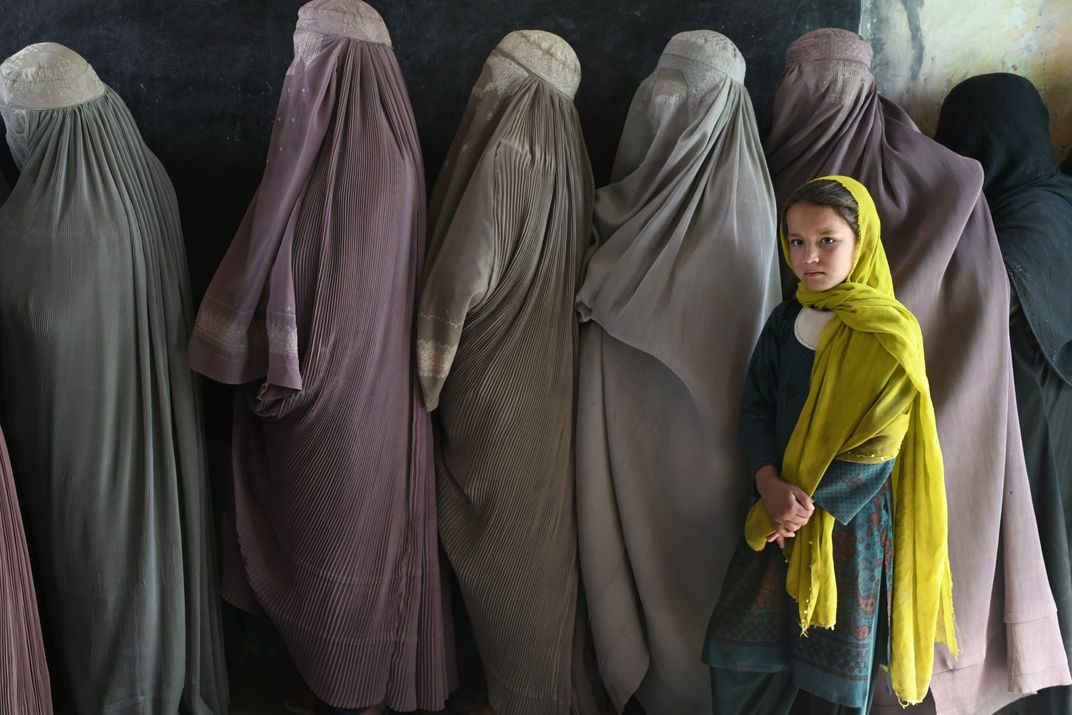 A girl in Kandahar, Afghanistan, stands next to a queue of women waiting to vote in the country's parliamentary elections on October 27, 2018. Despite wearing traditional burqas, the women - at least one of whom is likely to be related to the girl - could be considered progressive as they are voting in one of Afghanistan's most conservative provinces. The polling center was inside a school. Many of the women said they wanted to elect a candidate who would improve education in Kandahar so that their children would have more opportunities.