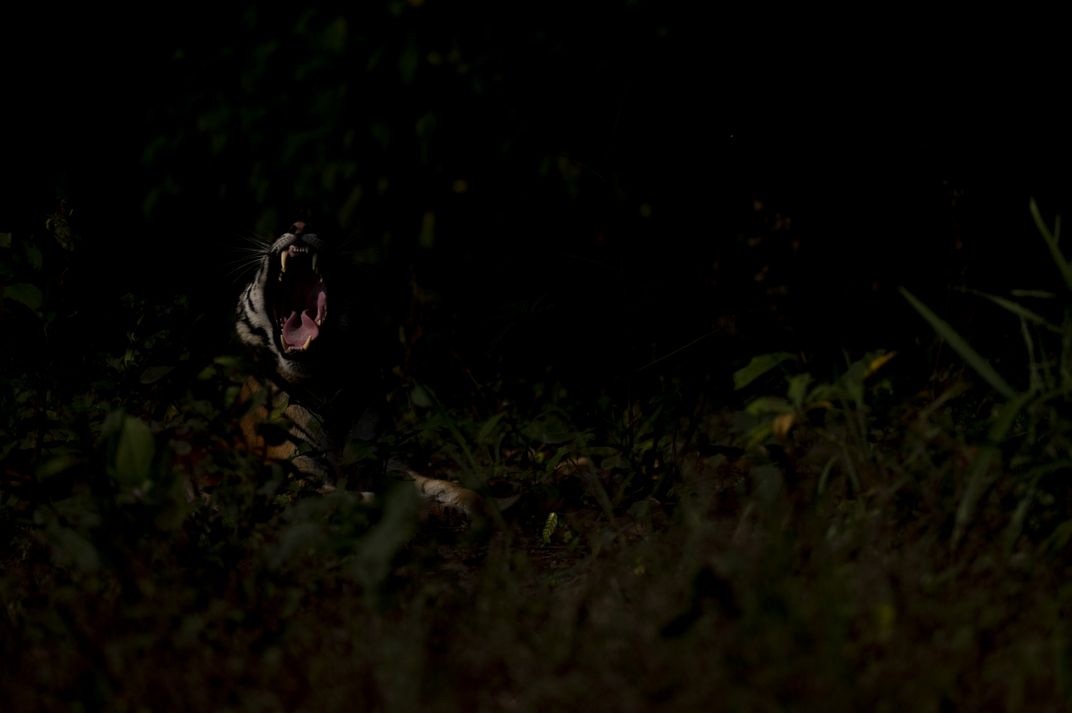 It was a mystical morning at Kanha when we entered the park. The air around was cold and chilly. Since this was my first ride in this jungle, I was enjoying the scenes and the beautiful weather that had engulfed the whole park. Slowly, the sun started taking over as its rays, filtered through the canopy which felt good for us. In that lovely warmth, we saw two sub adult cubs of Naina resting peacefully. One was Bahadur, the bold and handsome hunk sitting close to us and the other was beautiful and gorgeous female cub called Mohini. She was sitting at a fair distance, enjoying her own luxury. Since the male was at close distance, people were focusing on him but I was concentrating on Mohini as she was sitting in beautiful light, which was perfect condition for me to use my creative side. She was carrying on with her routine by cleaning herself and I was glued to the view finder, waiting patiently for the light to hit her at the right spot. Nearly 15 mins later, light was right where I wanted, and the tigress yawned, adding the final touch and I hit the shutter and made this low key portrait of Golden Yawn.