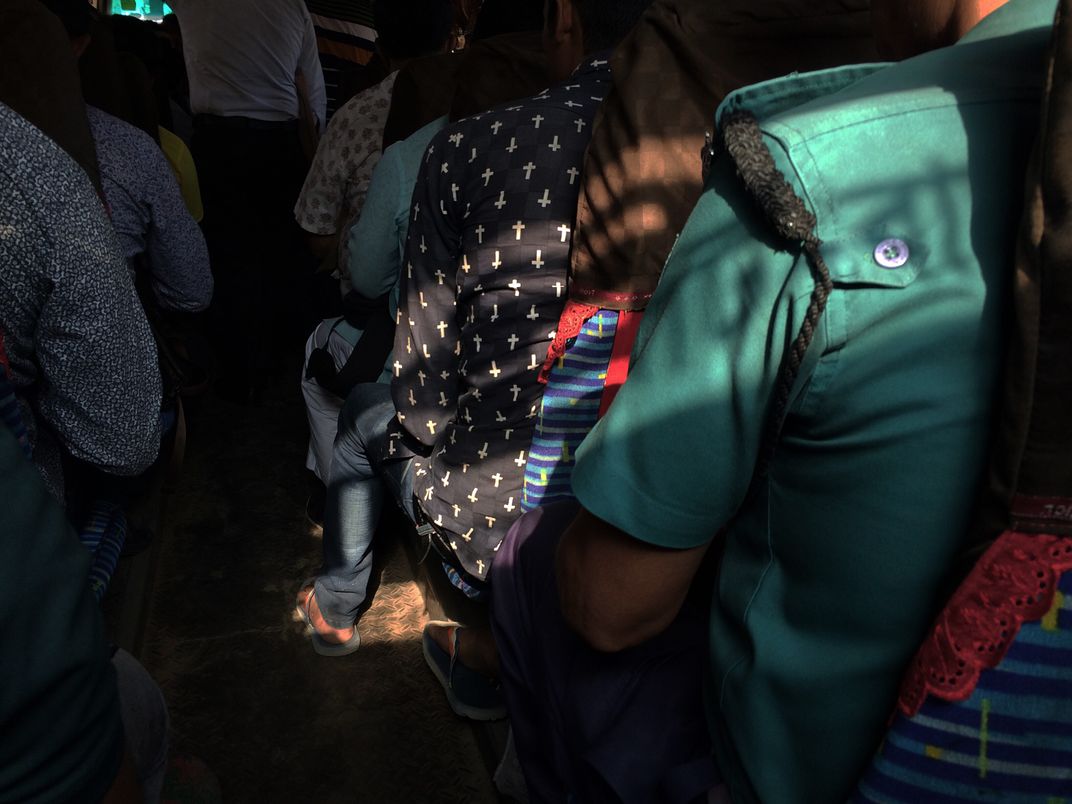 As we all know that this idea of christian cross means 'good' and the flipped cross generically indicates anti-christian philosophies. A vertically flipped cross means 'bad' to major christian believers. The guy in the front is wearing a shirt which is a pattern of both cross and flipped cross. I wanted to frame it as confusion of morals. Just behind him, the guy wearing aqua colored shirt is the uniform of Dhaka Police. There is a term called good cop and bad cop. I wanted to capture this coincidental moment which says cops often have to switch between their moral grounds in order to deal with criminals. They sometime bring justice to the victim and sometimes bring justice to themselves through corruption.