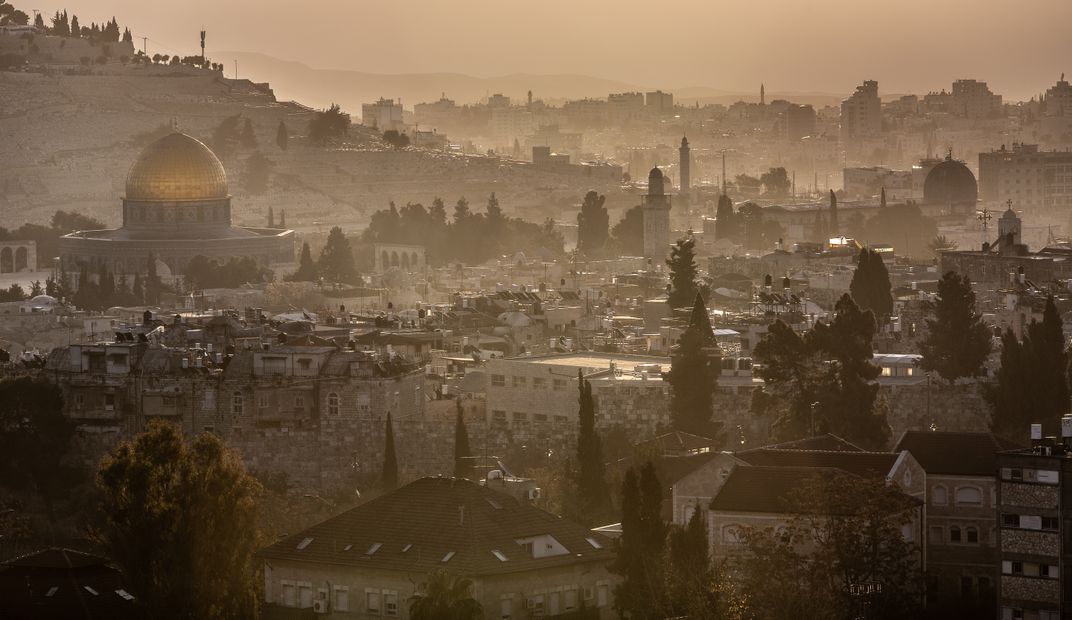 Jerusalem is a city in the Middle East, located on a plateau in the Judaean Mountains between the Mediterranean and the Dead Sea. It is one of the oldest cities in the world and is considered holy to the three major Abrahamic religions—Judaism, Christianity, and Islam. During its long history, Jerusalem has been destroyed at least twice, besieged 23 times, captured and recaptured 44 times, and attacked 52 times. This is the view of the Old City in the morning from our apartment on our last trip in 2019.