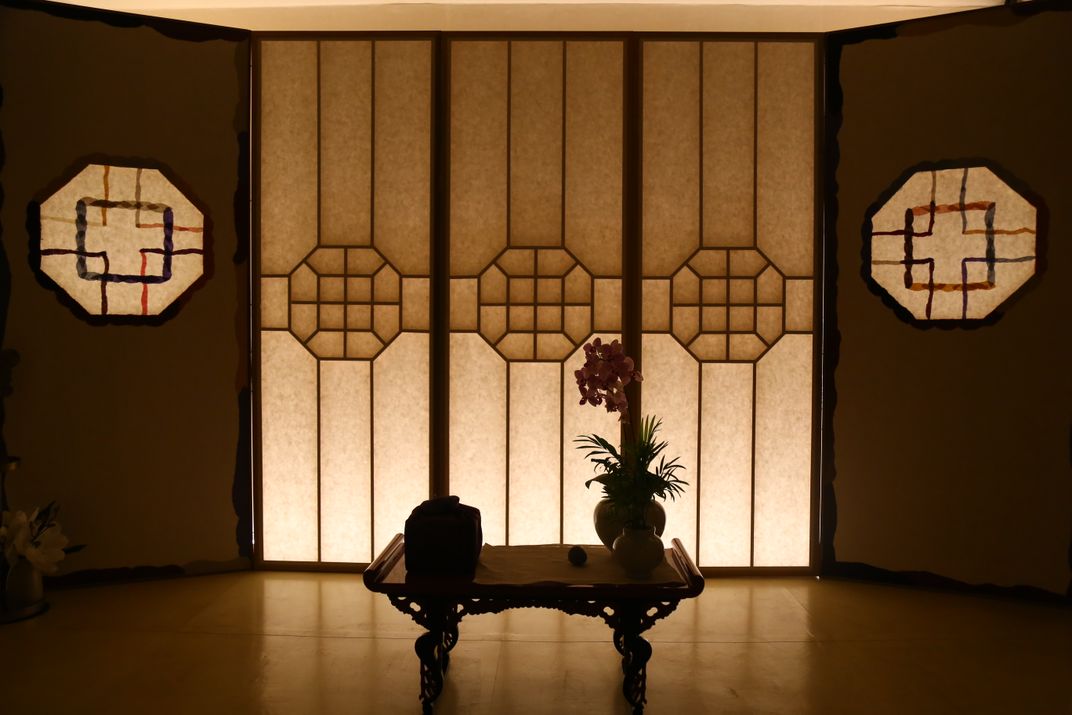 In Gyeongbokgung Palace and various palaces in Korea, some sections are opened at night in a certain period. One day, It performed an event called "Byul-bit-ya-heng" in Gyeongbokgung Palace. In English, "night walking under the stars". It was the beautiful scenery that I found in the building that I crossed at this time. This building is the dormitory used by the court ladies in the past. There were still things and decorations that they used. Among them, the scenery where the traditional desk and the vase are placed in the background of the folding screen caught my footsteps and became fall in love to its beauty.