Home The American Experience Grain Silos on the Buffalo River 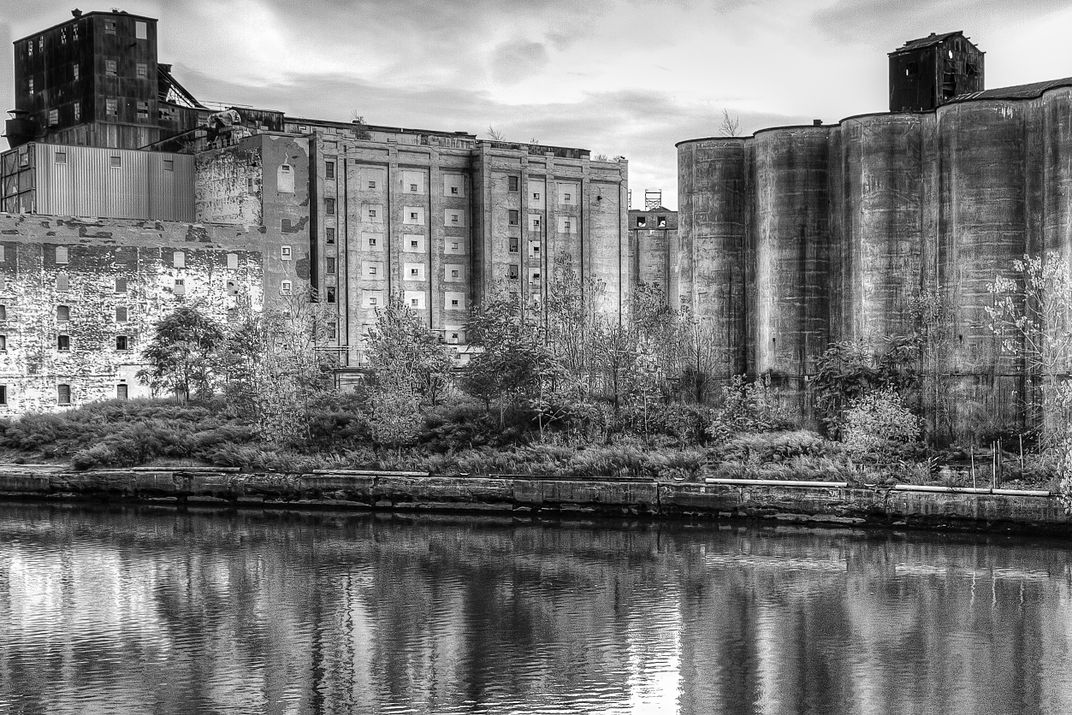 Buffalo, NY is graced with a series of monolithic structures built in the early 20th century whose purpose was to store huge quantities of grain delivered by huge boats that sailed the Great Lakes and finally up the Buffalo River. The grain was lifted off the boats and placed on "Grain Elevators" which lifted the grain to the tops of the silos and deposited it. They provided a large source of jobs for the residents in and around Buffalo. They are now abandoned and ripe for some type of historical reuse.