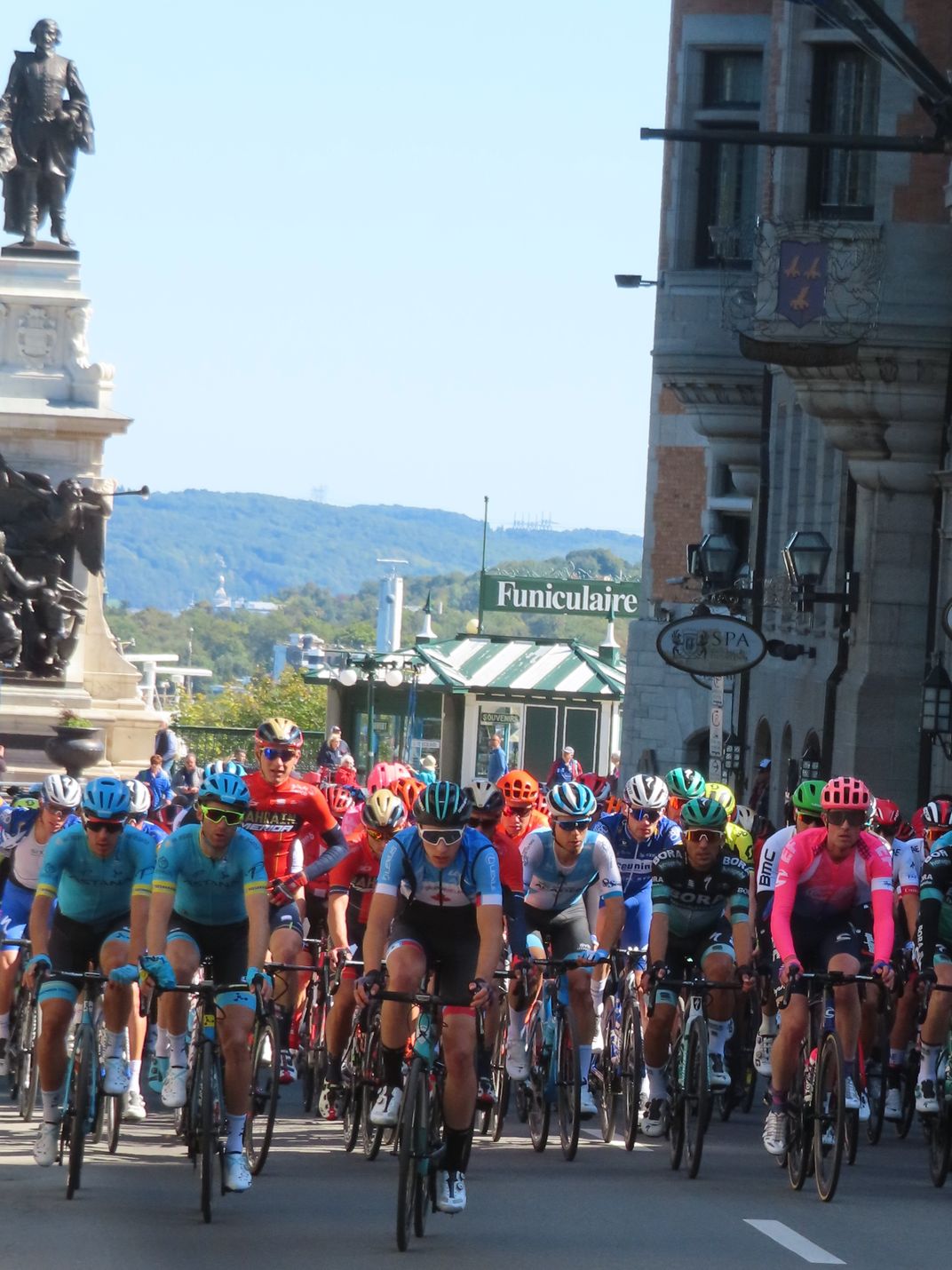 Disembarked from the Norwegian GEM cruise ship in Old Quebec City on Friday the 13th this past September to find the the primary city streets shut down because of the annual Grand Prix Cycliste de Quebec bike race. The founder of Quebec Samuel de Champlain's statue is showing in the upper left; the entrance to the Funiculaire du Vieux-Québec (elevator transport to the lower part of the city) is showing in the center rear; and the storied Hotel Frontenac is showing right.