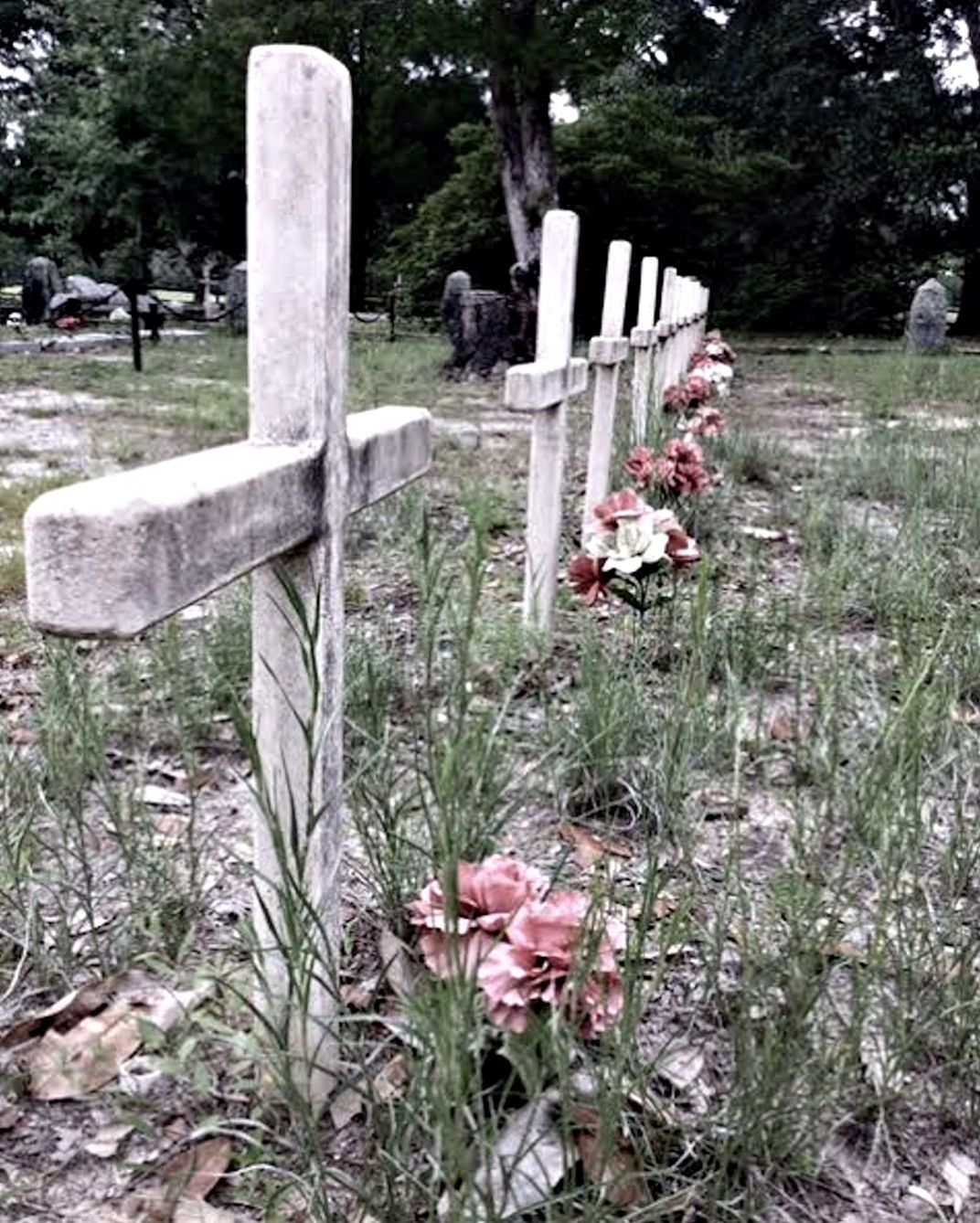 As I passed through the newer section of the cemetery, which included many European immigrants from the 19th-20th centuries, I came upon an old, iron arch that read "Confederate Dead". As I stepped beneath its intimidating frame, I was immediately thrust back into 1861. I couldn't help but be frozen for a moment before being able to take my next step. To the right of the breathtaking civil war cannon and cannon balls that sat in the center of the yard, stood more than 15 white crosses. Situated in perfectly straight lines with nothing but one small sign to indicate the absence of individual identities, this memorial said the most without saying anything at all. The stark white stone of the crosses, specked with dirt and age, reminded me that although the south was tainted with slavery, these men fought out of loyalty to their families and homeland as any other man would've done. The fact that they were all decorated with the same pink, silk flowers, told me that is wasn't necessarily family that had come to pay their respects, but rather a humble stranger who understood the loss that these unknown men and their families endured. I simply had to capture such a moving scene.