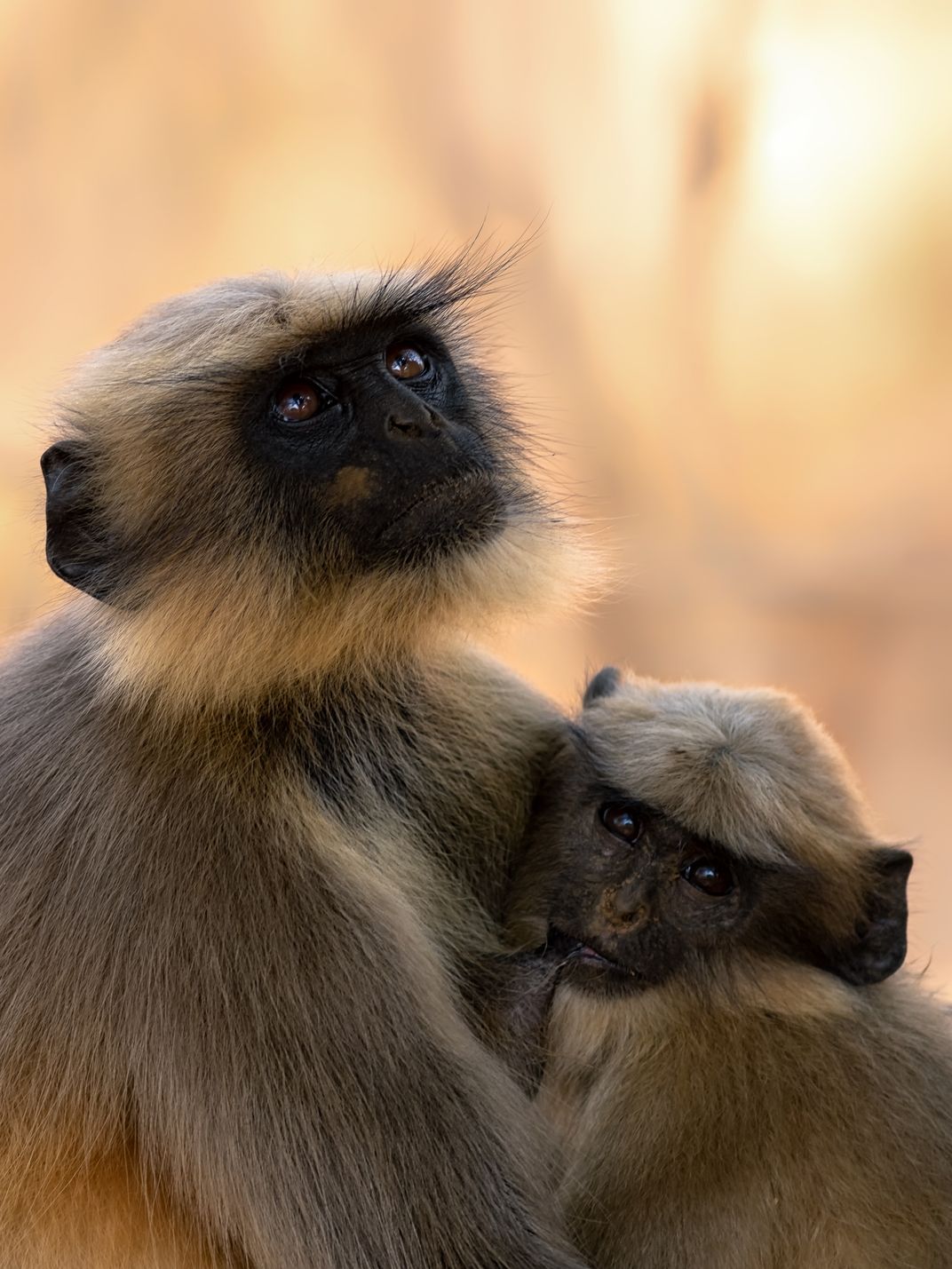 Gray langurs are fairly terrestrial, inhabiting forest, open lightly wooded habitats, and urban areas on the Indian subcontinent. Mothers usually give birth to a single infant, most often during the night. Infants spend their first week attached to their mothers' chests and mostly just suckle or sleep. Alloparenting occurs among langurs, starting when the infants reach two years of age. The infant will be given to the other females of the group. However, if the mother dies, the infant usually follows.