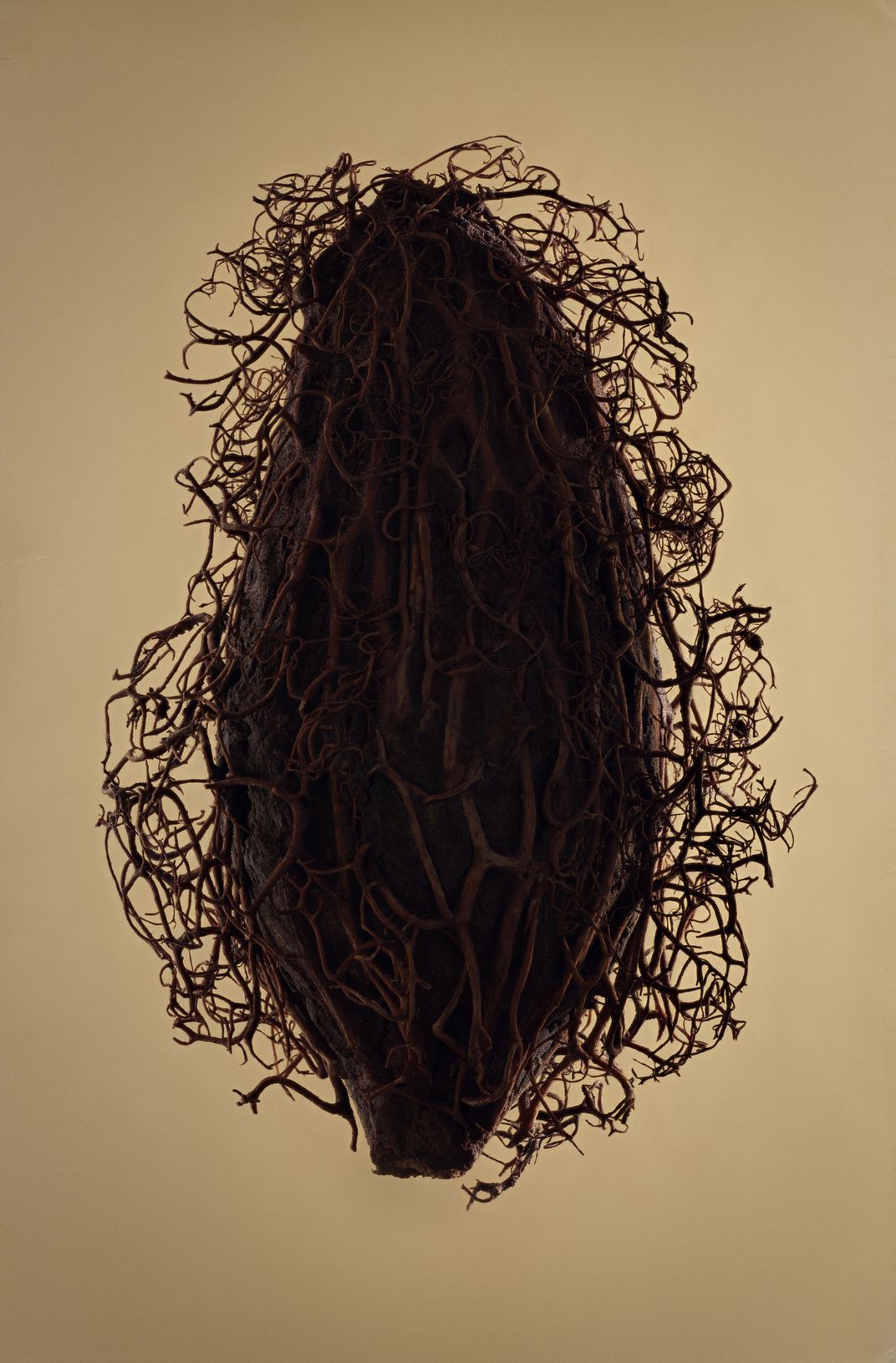 This specimen was prepared from one of several ripe fruits found under a tree in dense forest close to the border between the Central African Republic and the Republic of the Congo. When he found the tree, the collector, David Harris, knew two things straight away. First, that he had never seen this species before; and second, that the fruit must appeal to elephants. Its yeasty smell and mealy texture were reminiscent of other elephant-dispersed fruit, and he could think of no other animal able to ingest a stone of that size. Having taken the fruits back to camp to prepare dried specimens, he realised that their soft flesh would be unlikely to dry fully in the humidity of the rain forest. He decided instead to put one under a tap to wash away the pulp, which left behind this curious network of fibres.