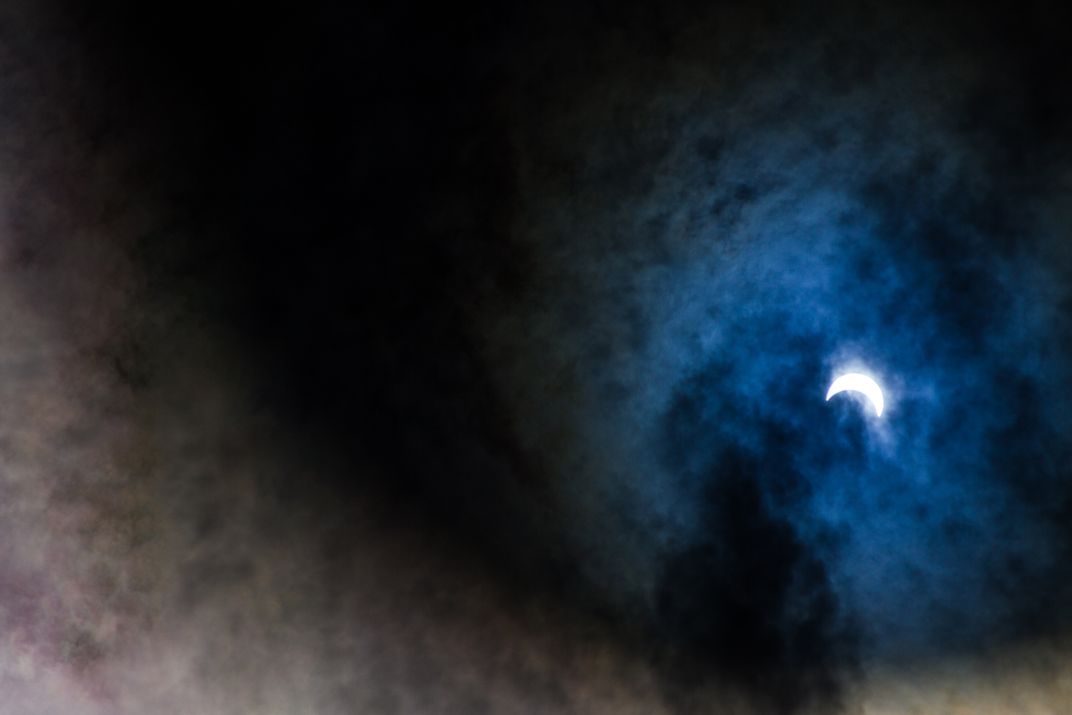 This photo was taken on August 21, 2017 during the eclipse in New England after 3 pm at the time totality for Connecticut was reported to occur. I did not originally plan to photograph the eclipse because I don't have the ideal equipment. However, I changed my mind and improvised by taping a pair of sunglasses over my lens. This photo is taken with a Canon 7d, mounted on a tripod and again I taped sunglasses over my 28-135 mm Canon lens. The settings are f 5.6, 1/400, ISO 100 and it was shot at 125 mm. I was pretty surprised to see the result and I thought it looked like the Grim Reaper came through a black tunnel during this moment of totality of the eclipse in Connecticut.