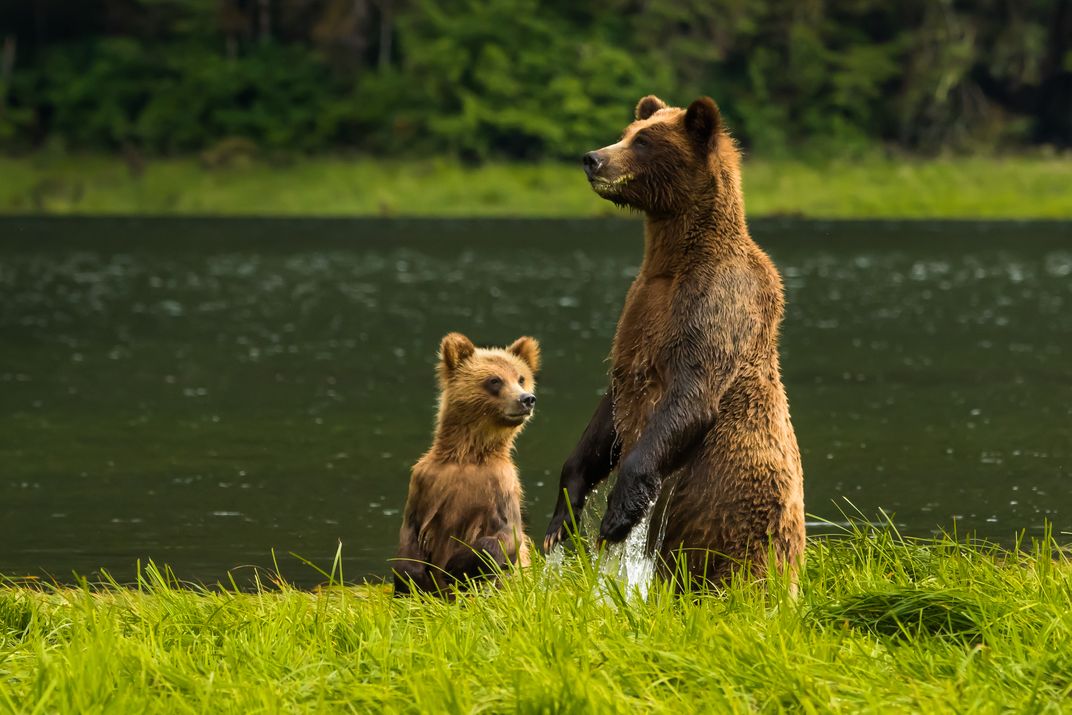 The Khutzeymateen Provincial Park in northwestern British Columbia, Canada was established in 1994 as the first area in Canada to be protected specifically for grizzly bears and their habitat. The land and marine sanctuary is a large undisturbed area of the temperate rain forest where bears and other wildlife are able to live without human interference. Closely monitored bear viewing is permitted only from the water. The park represents the first undisturbed estuary of its size to be protected along the north coast of BC. The topography of this land and marine sanctuary is diverse, with rugged peaks towering to 2100 metres above a valley of wetlands, old growth temperate rainforests and a large river estuary. An abundance of wildlife shares the area.