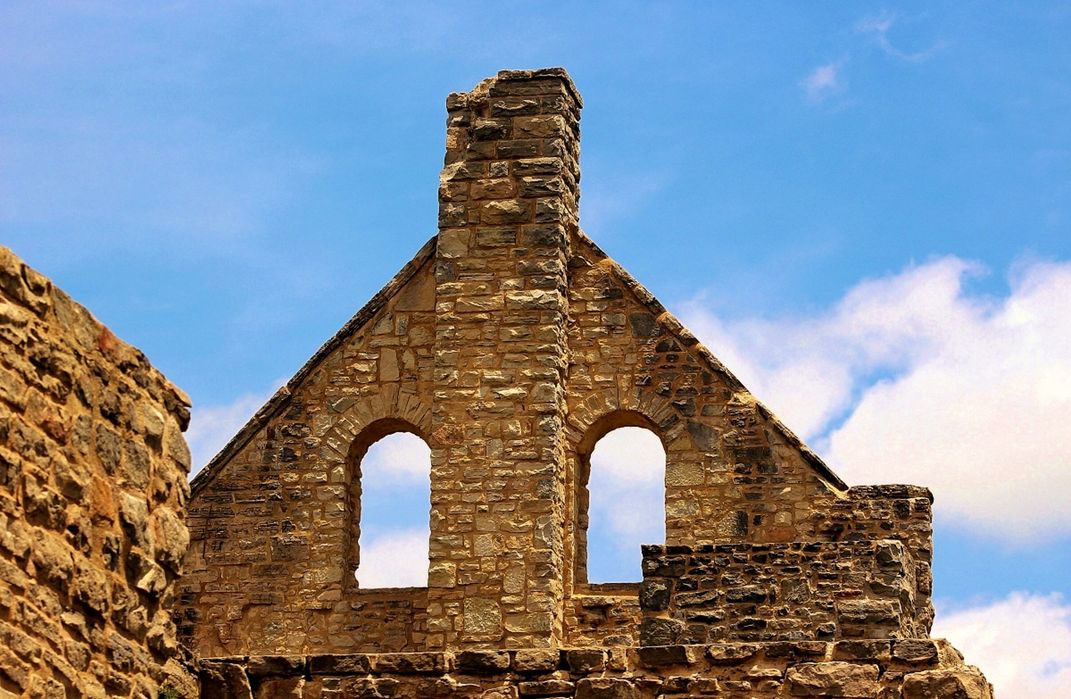 Ha Ha Tonka State Park is a state-owned, public recreation area encompassing over 3,700 acres (1,500 ha) on the Niagua arm of the Lake of the Ozarks about five miles south of Camdenton, Missouri, in the United States. The state park's most notable feature is the ruins of a stone mansion that had been modeled after European castles of the 16th century. The park also features caves, sinkholes, and bluffs overlooking the lake. It is a prominent example of karst topography, which is geological formation shaped by the dissolution of a layer or layers of soluble bedrock.