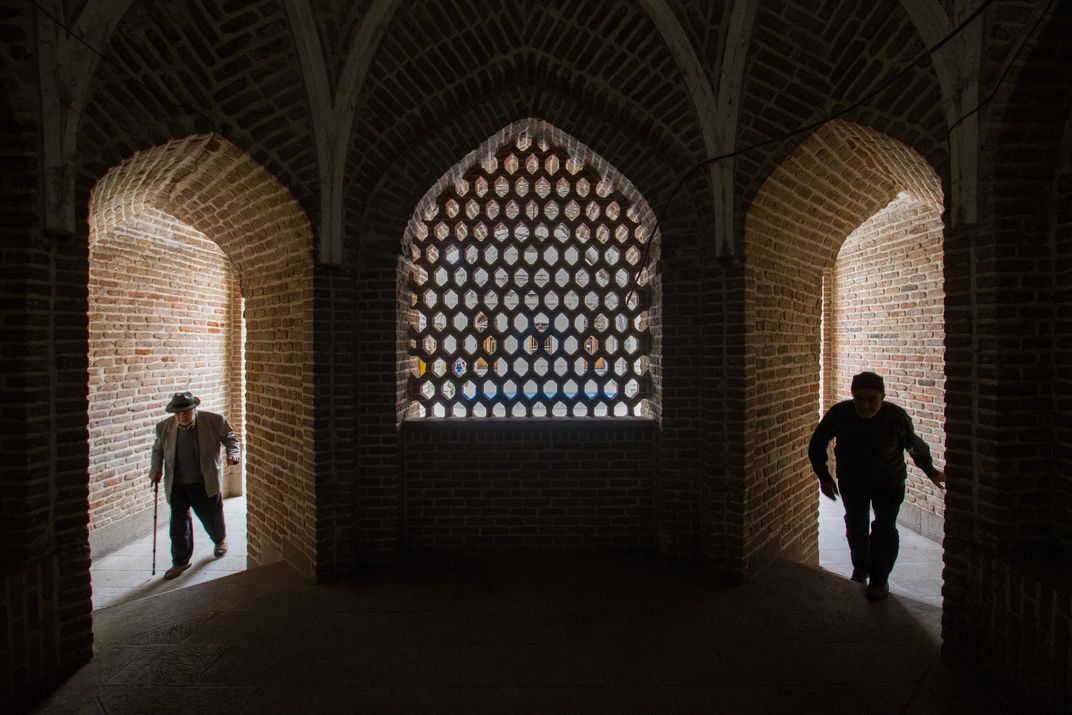 Vahid Pourtajrishi 6/29/2014 This mosque is located in south side of Haj Safar Ali School and it was built by Haj Safar Ali Khoyee the famous merchant. A great and beautiful building with an eminent dome and a minaret which is designed with blue tiles… In east and west sides of the mosque we can find two other columned halls which each one are like a separate mosque. Between the main mosque and two mentioned halls also woody windows exist which when you open these windows, all three of the courtyards of these mosques, will become integrated and unique!