Home Travel Hamnøy is a small fishing village in Norway 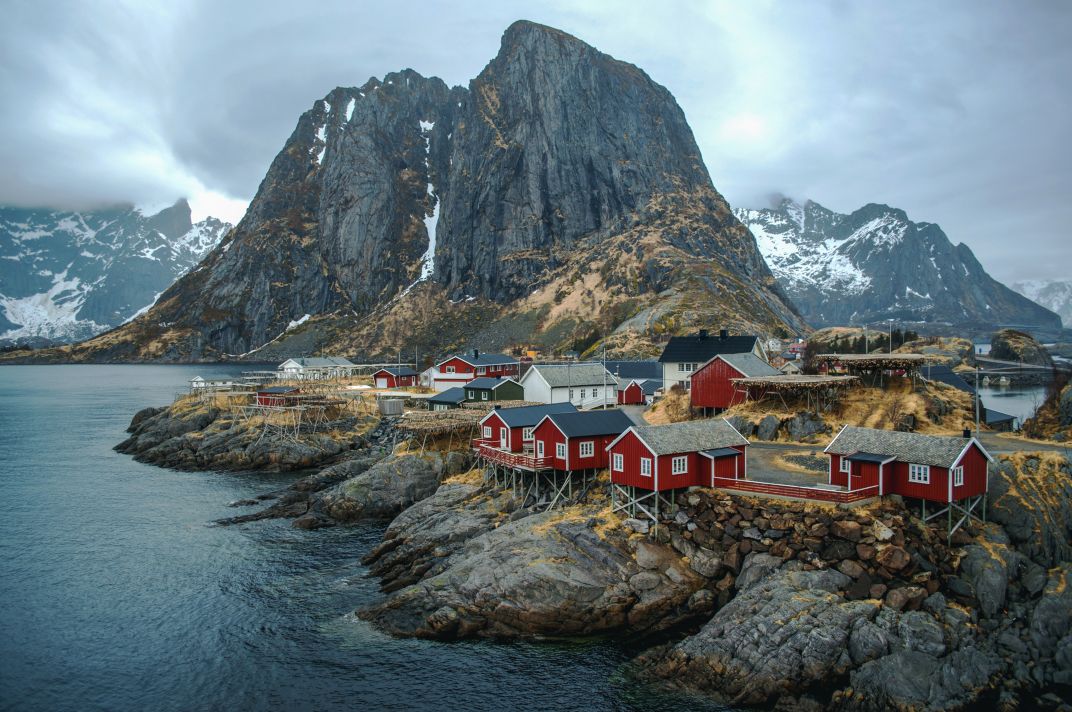 Hamnøy is a small fishing village near Festhæltinden. The red Rorbu cabins are one of the features of the Nordland coastline and particular to Lofoten. The first Rorbu cabins in Lofoten were commissioned by King Øystein in 1120 as housing for the fishermen during the Lofoten fishing season. This is a clear indication of how important fishing was to the country’s economy at that time. Red fish-oil paint was the cheapest and most commonly used paint, but a different color – ochre – gradually gained in popularity. The Rorbu cabins and a large number of racks for drying the fish create a special environment in the fishing villages of Lofoten, so the smell of fish dominates throughout the archipelago.