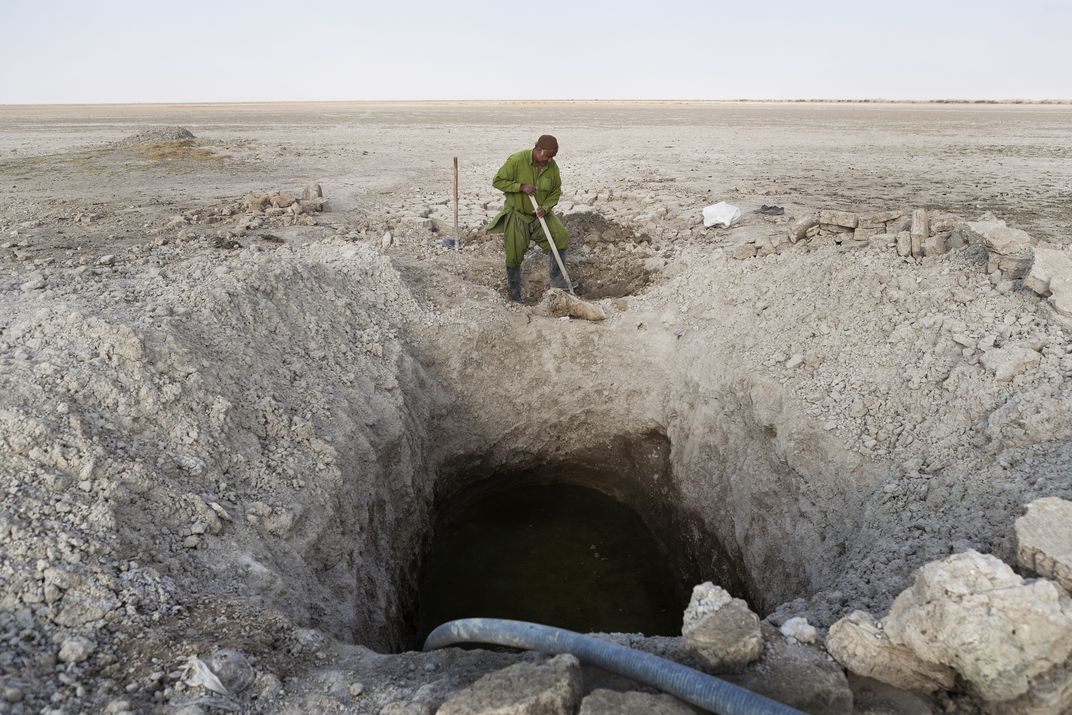 Hamoon lake,south-eastern of Iran. The pictures are taken in 2017. This is fed bye Helmand river which originates in Afghanistan Hindu Kush mountains. Since droughts occured in 1999 caused emigration of more than 300,000 native people and destruction of environment and wildlife around the lake especially extinction of Sistan Cow. The wetlands have been replaced mostly by lifeless salt flats and decaying reed stands. The wildlife, the towns, the fisheries, and the agriculture that once surrounded the Hamoun have all fallen away, giving rise to a wasteland. Winds that were once cooled by the waters of the wetlands now drifting dust, sand, and salt from the dried lakebeds onto the surrounding villages, and these sand drifts have submerged nearly 100 villages beneath dunes in a landscape.