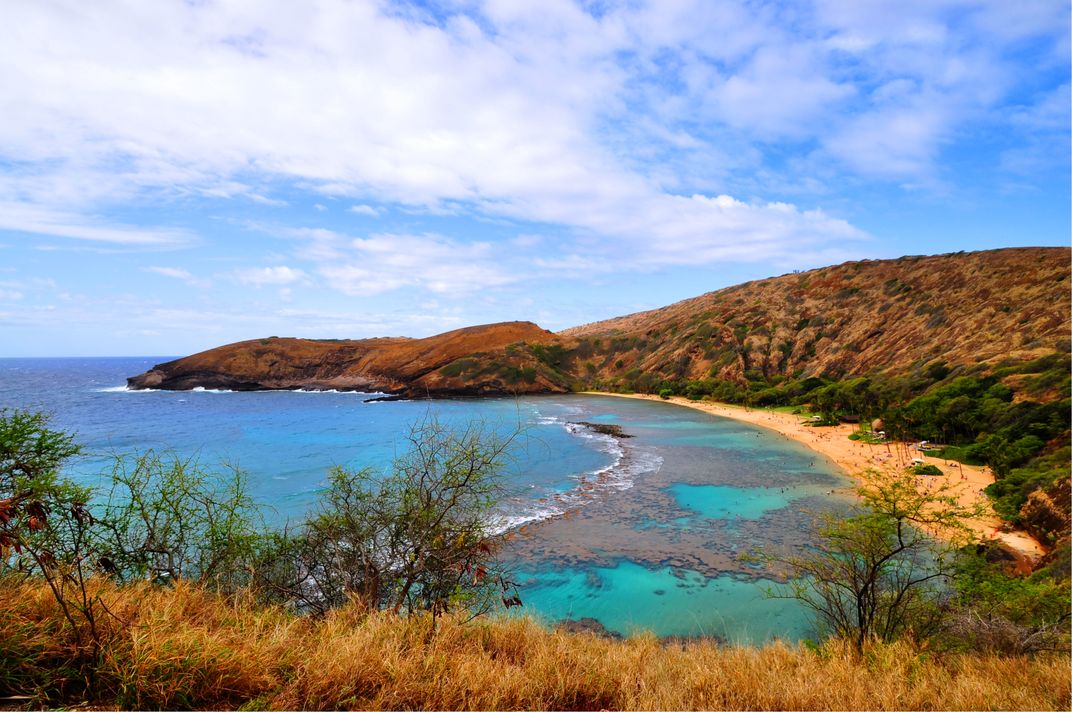 Hanauma Bay was declared a protected marine life conservation area and underwater park in 1967 Formed within a volcanic cone, today Hanauma Bay offers a pristine marine ecosystem after the City and County of Honolulu laid out a plan in 1990 to restore the “curved bay,” after years of neglect and abuse from the millions of visitors who visit and love to snorkel Hanauma Bay. All visitors are required by law to refrain from mistreating the marine animals and from touching or walking on the coral heads.