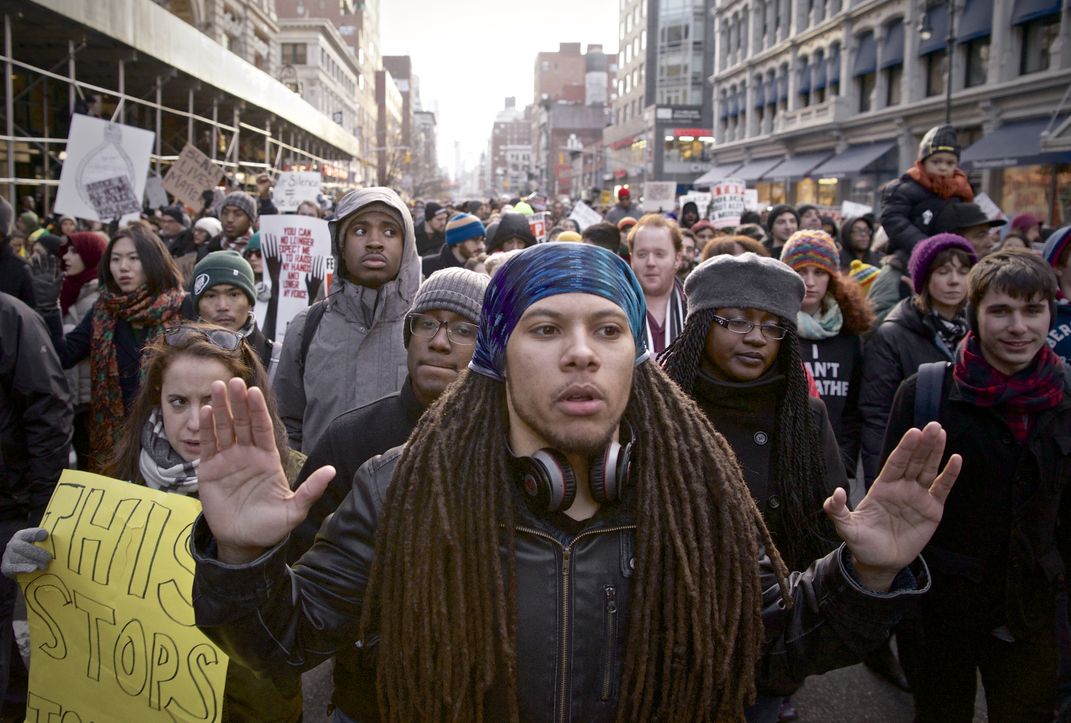 On Dec.13, 2014 nationwide actions against police killings and racial profiling included a "Millions March" that drew tens of thousands to the streets of New York City. It was the largest single protest of the post-Ferguson movement and the culmination of daily actions in New York City since a grand jury elected not to indict the police officer who killed Eric Garner. The gesture this man is making is a silent version of the protest chant- "hands up, don't shoot". This is a reference to the killing of a teenage boy named Michael Brown at the hands of a police officer in Ferguson, Missouri. The boy allegedly had his hands up in surrender when the fatal shot was fired.