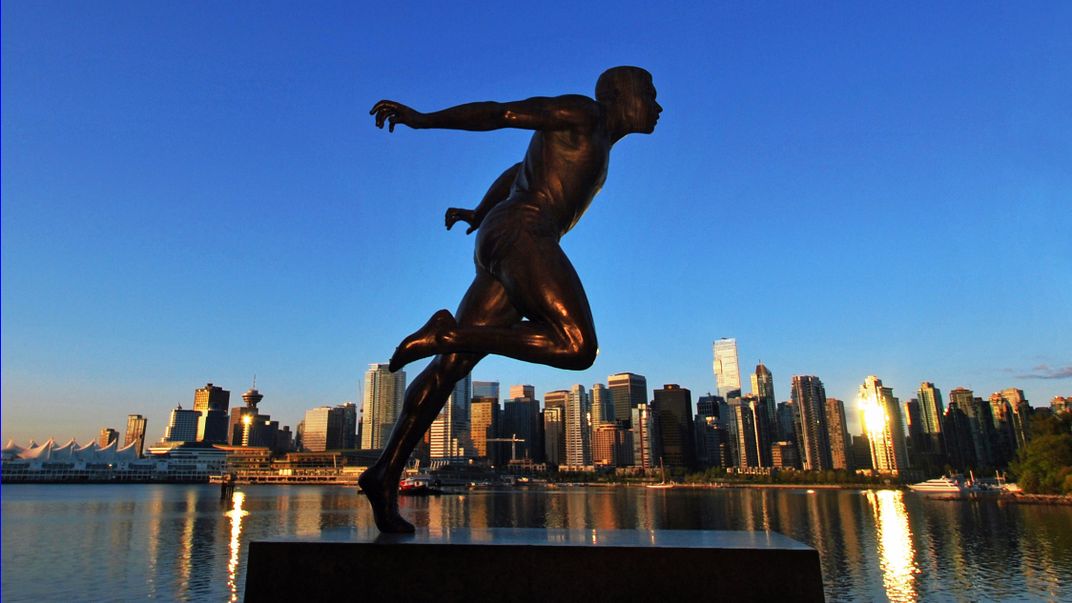 Henry "Harry" Winston Jerome, OC (September 30, 1940 – December 7, 1982) This order of Canada member was immortalized with this bronze statue in Stanly Park Vancouver, BC. He competed for Canada in the 1960, 1964, and 1968 Summer Olympics. During his career, Jerome set a total seven world records, including tying the 100 metres in 10.2, 10.1 and finally 10.0 seconds in 1960, tying a record established a month earlier by Germany's Armin Hary. Stanley Park is a 1,001-acre public park that borders the downtown of Vancouver, Canada and is almost entirely surrounded by waters of Vancouver Harbour and English Bay. Unlike other large urban parks, Stanley Park is not the creation of a landscape architect, but rather the evolution of a forest and urban space over many years.