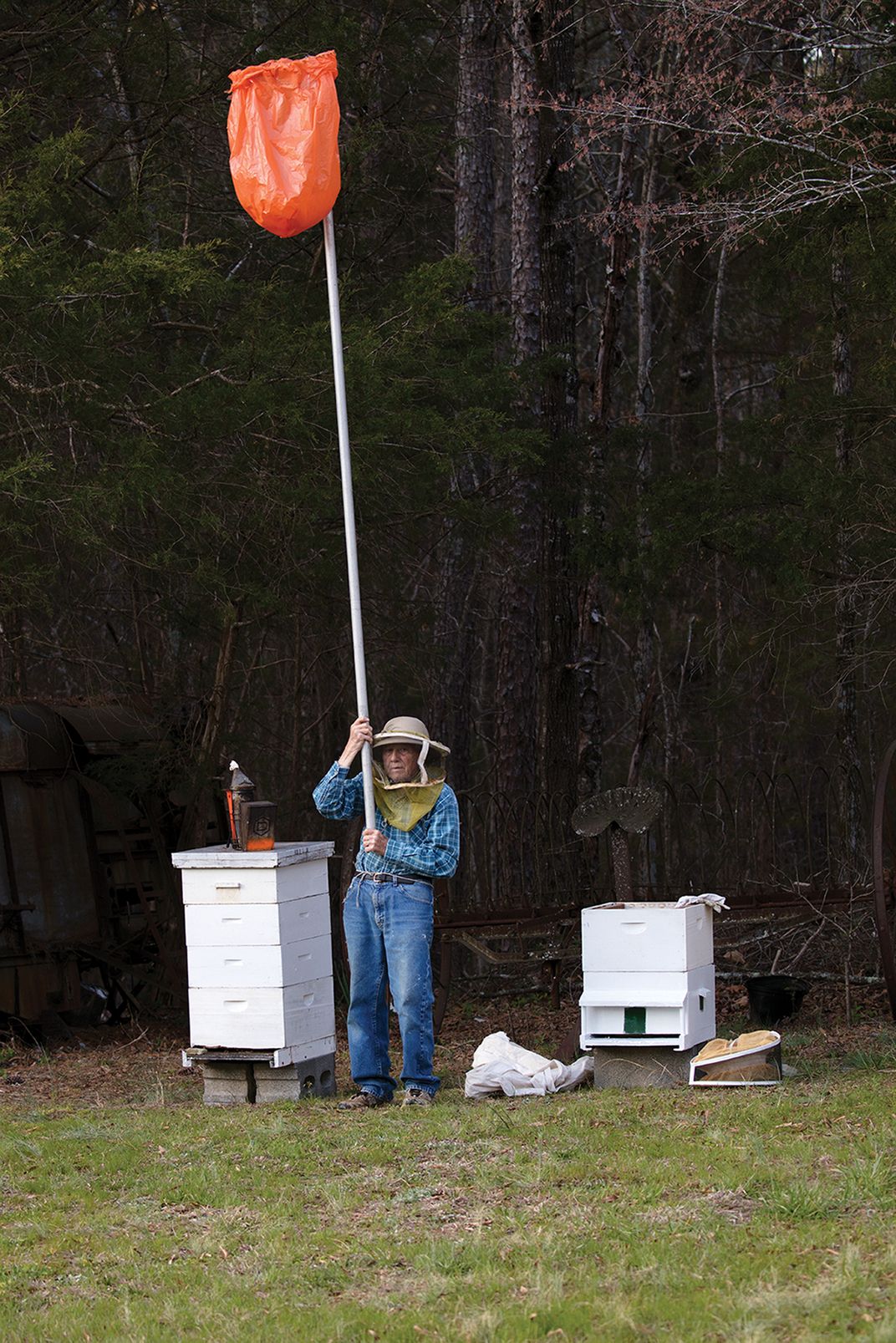 Harvey is eighty-nine years old and has been beekeeping for sixty-two years. He got started in beekeeping through marriage as he married a beekeeper’s daughter, and has been married since 1954. Harvey has been an active member of two beekeeping clubs and even helped educate others through ordering educational beekeeping videos to show during meetings. Harvey’s favorite aspect of beekeeping is catching swarms and he even invented his own swarm catcher (pictured) which he continues to use today, catching swarms within his community. Over the years, Harvey has witnessed a large increase in beekeepers within the state and considers it a good time to become a beekeeper, because there are more resources available than ever before. His advice for those currently beekeeping and those interested in becoming beekeepers to go ‘full steam ahead’ and stay determined amidst the many problems that might occur.