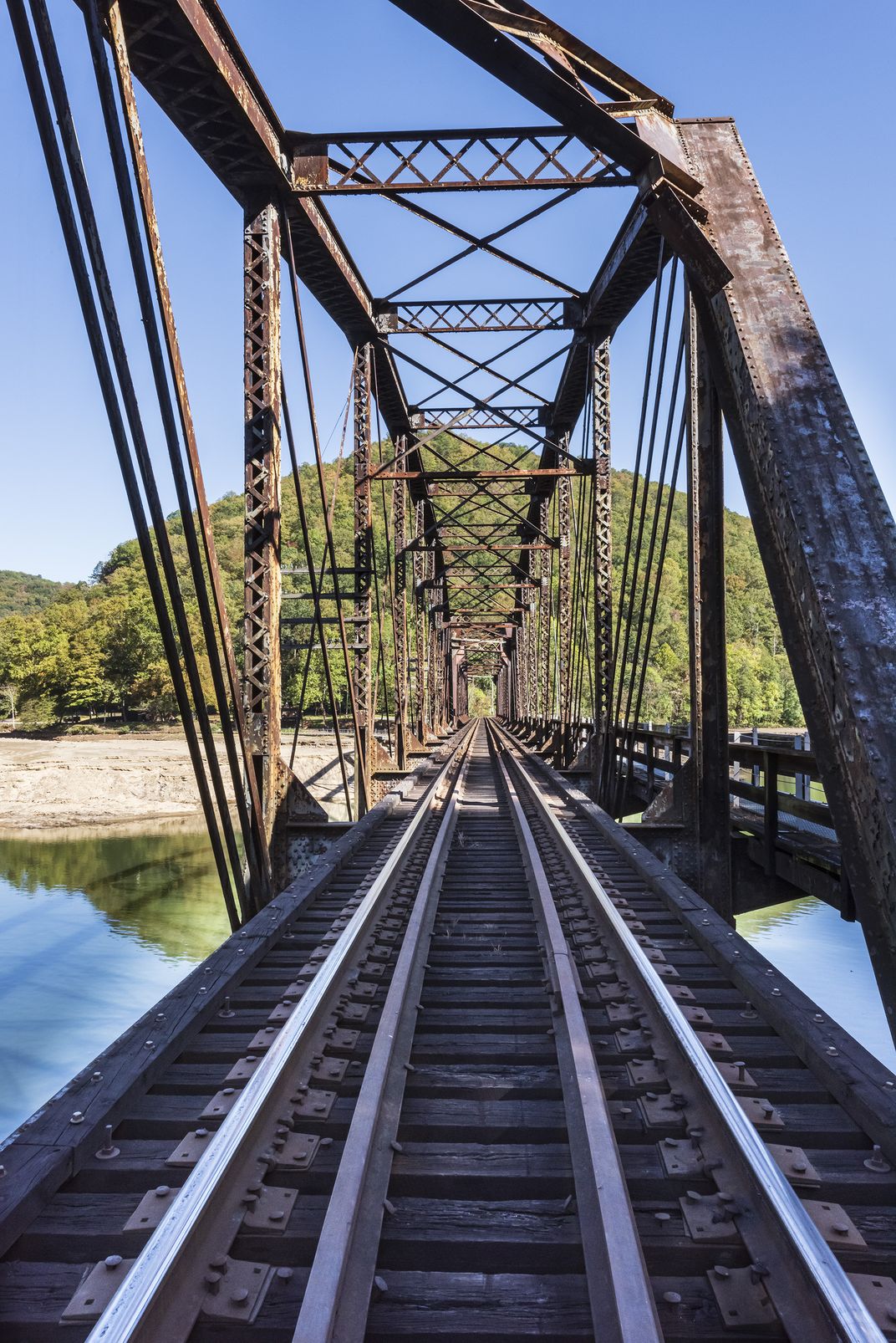 The Hawk's Nest Bridge crosses the New River near Ansted in West Virginia. It was originally built for the Chesapeake and Ohio Railway and currently serves the the CSX Railroad. Initially completed as a wooden bridge in 1872, the wood trusses were replaced by steel trusses in 1892. The railroad played an essential role in the history of the scenic New River gorge which carried many tons of coal out of the gorge to other states such as Pennsylvania.