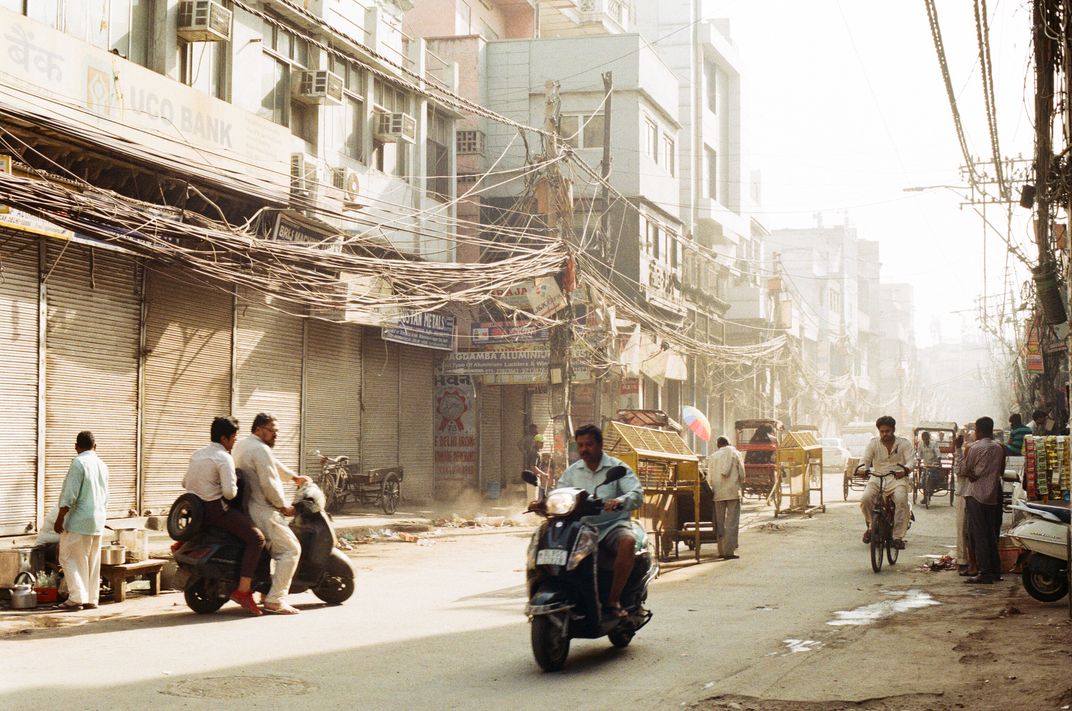 Old Delhi streets, mid-day, 41 degree celsius. The smog had rendered the entire city in hazy sepia-tones for the whole time we were there. It was our first stop in India and the endless variety of sights, smells, noises, and tastes were overwhelming (despite evidently failed attempts at mentally preparing myself). This photo captures exactly how I felt in this moment: overwhelmed yet strangely calm, as we were ushered along the streets of this ancient city in constant movement.