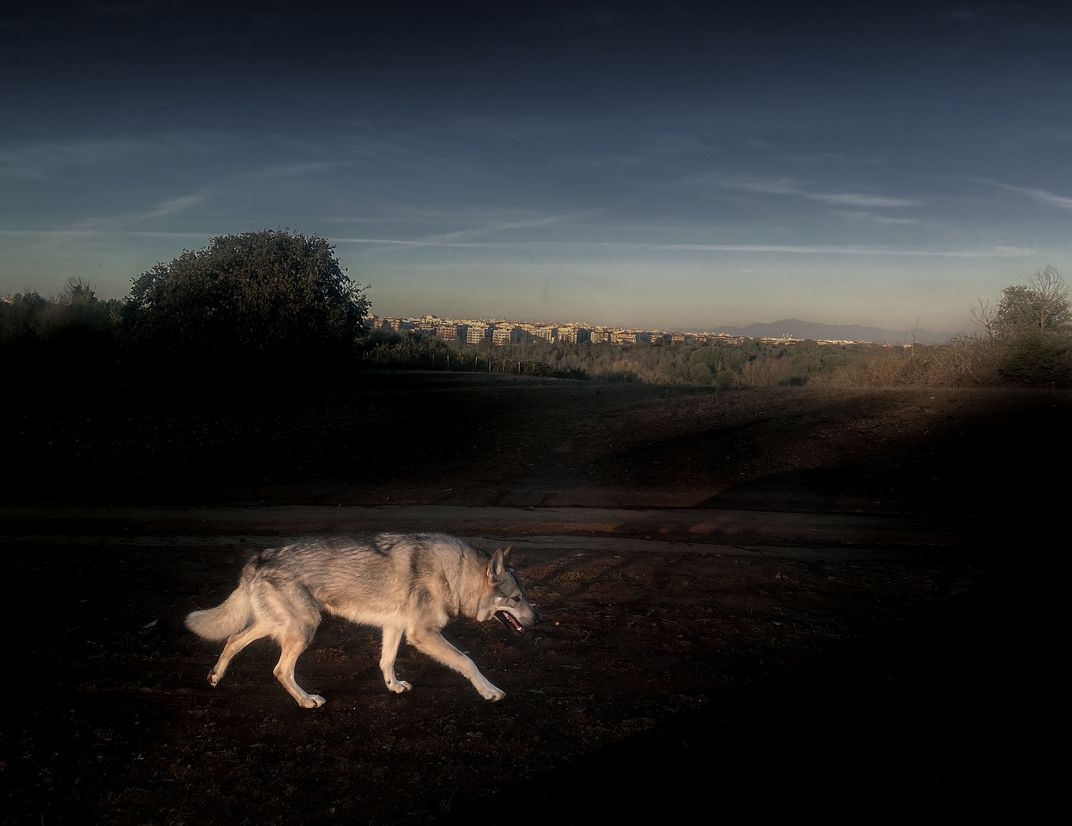 Not for a moment did I think he was a wolf. A man was following him at a distance and it looked like he belonged to the pack of the man. Also, I was standing in an urban park, in the middle of a 5-million people city. I waited for him to come past the long shadows of the trees in the ending day and as soon as he got into the last rays of sun the wild in him manifested itself and shone. He didn't look at me and walked past, followed by his owner. I knew he wasn't, but - on the other hand - I had the seen a wolf in Rome. Something wild that survived domestication. In his eyes, in his posture. As I watched him disappearing I thought how - in these times of crisis of our relationship with nature - restoring the wild is being pointed at more and more as a possible way out, as a possible medicine. The wild of forests, the wild of oceans, the wild of wolves, the wild in ourselves.