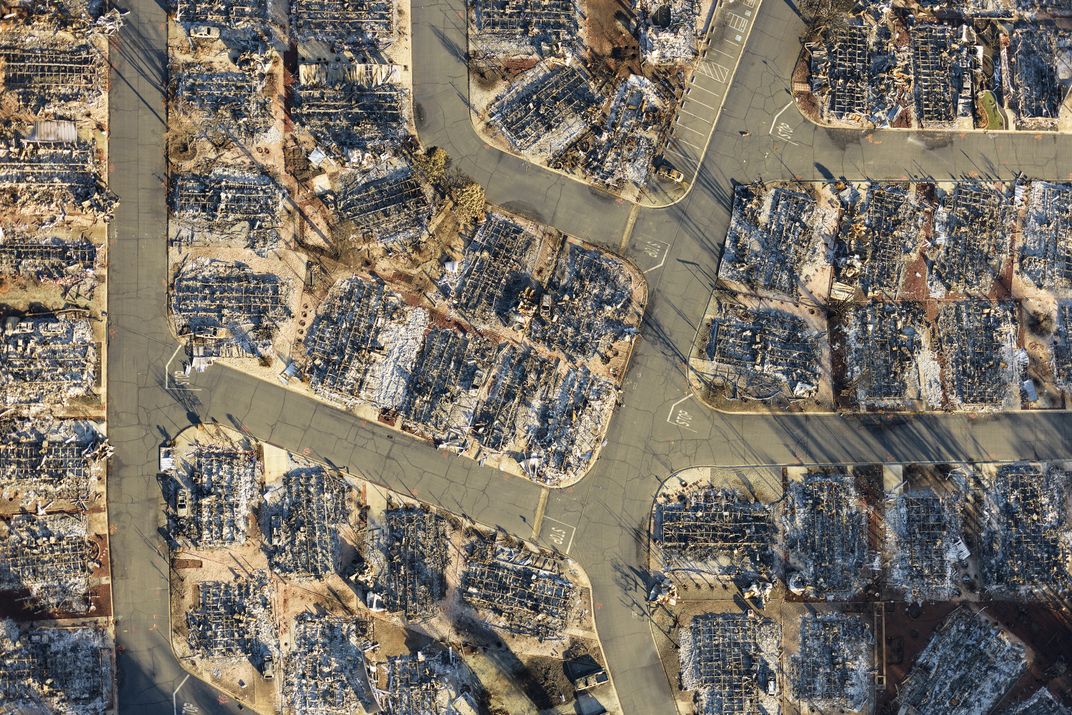 California's fires are becoming more and more vicious. Named after Camp Creek Road, its place of origin, the Camp Fire is the deadliest and most destructive wildfire in in the state. The first units on the scene reported rapid fire growth and extreme fire behavior due to low humidity and high winds in the area. The fire caused at least 88 civilian fatalities and covered an area of about 153K acres, and destroyed more than 18K structures, Paradise, CA. Aerial image (photographed from a plane).