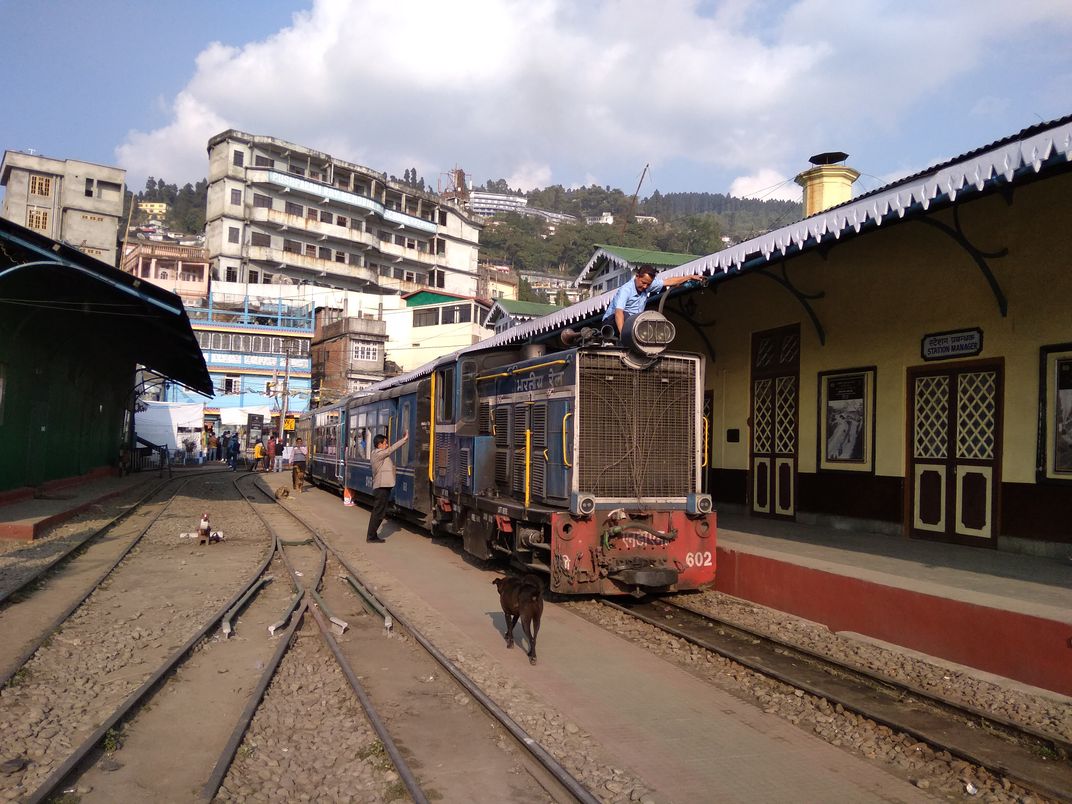 The Darjeeling Himalayan Railway, also known as the DHR or the Toy Train, is a gauge railway that runs between New Jalpaiguri and Darjeeling in the Indian state of West Bengal.Made this image on a trip to Kurseong.Kurseong is one of the most popular stations in its route.Made this image when the train had entered the station and maintains work was being carried out.Stations in the "toy train's" route are mostly in the middle of the towns hence those are a bit crowded.