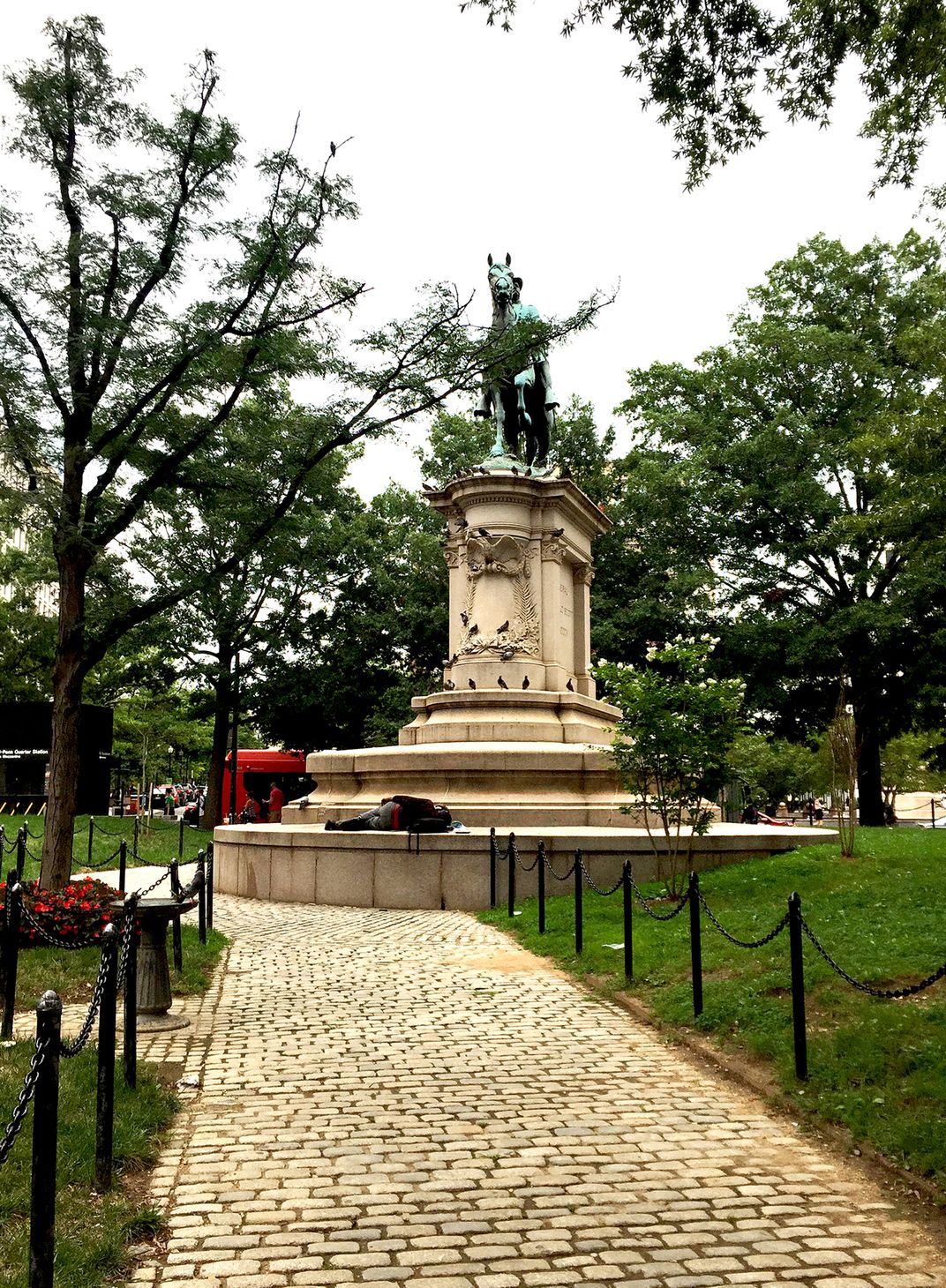 I was walking on a busy street in Washington DC when I noticed a small park that was obviously meant as a setting for a monument. It was very still and quiet compared to the noisy street we were on. Asleep on the base of the monument was a man. An audience of pigeons over him created a straight line and pattern as they watched him slumber. Leading lines, a triangle of red, the tourist bus slightly visible in the background all attracted me to this shot. The juxtaposition of the memorial and the sleeping man made me wonder if they both were heroes whose accomplishments had been forgotten.