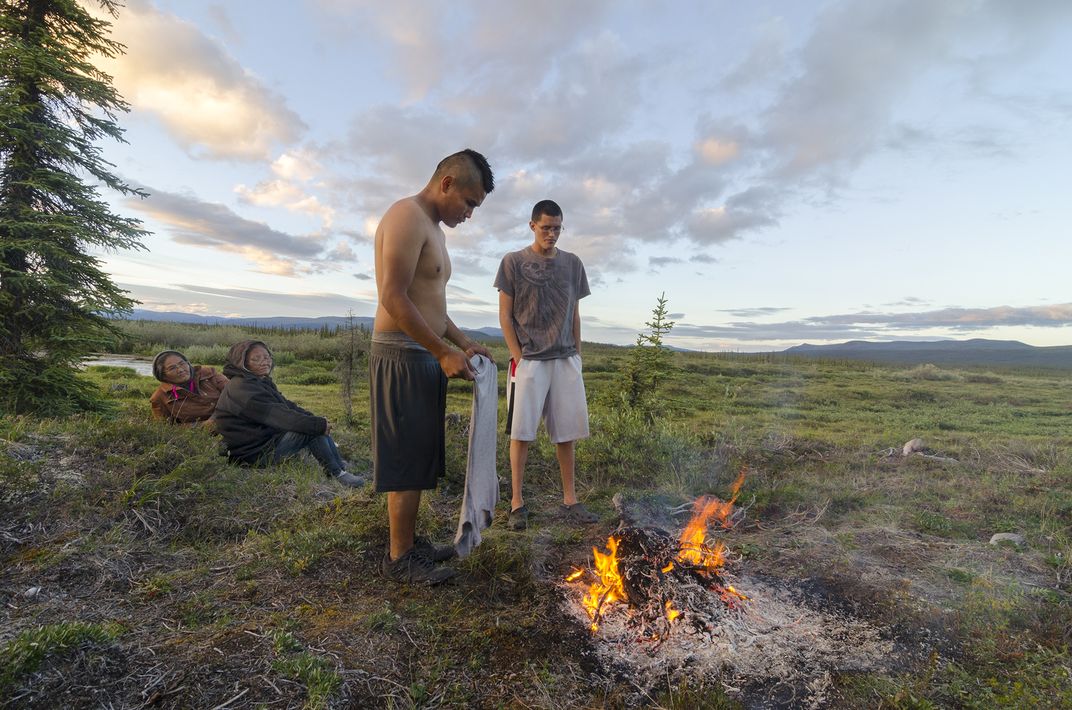 It must have been 11pm in Arctic Village, Alaska, and we had gone for a hike with some of our hosts. Then one of the young guys told us he would jump into the water. His friend joined him and they both went into the freezing cold water, wearing nothing but a t-shirt and shorts. Speaking of one of them, they said to us a saying common to them, 'He's not crazy. He's just native'. In the image, the young man who dove into the freezing glacial waters is drying off by the fire he made, and which we helped to keep burning until he was dry once more.